Armed with two custom weather balloons designed in conjunction with Portland State University graduate student Rihana Mungin, the RUMPL1 team set out to send a Rumpl blanket into the Mesosphere, a first in the world of Blanket space travel. To introduce our limited edition Many Moons print to the world, we wanted to see just how close we could get our Many Moons to the actual Moon.
Spoiler alert: not even close. 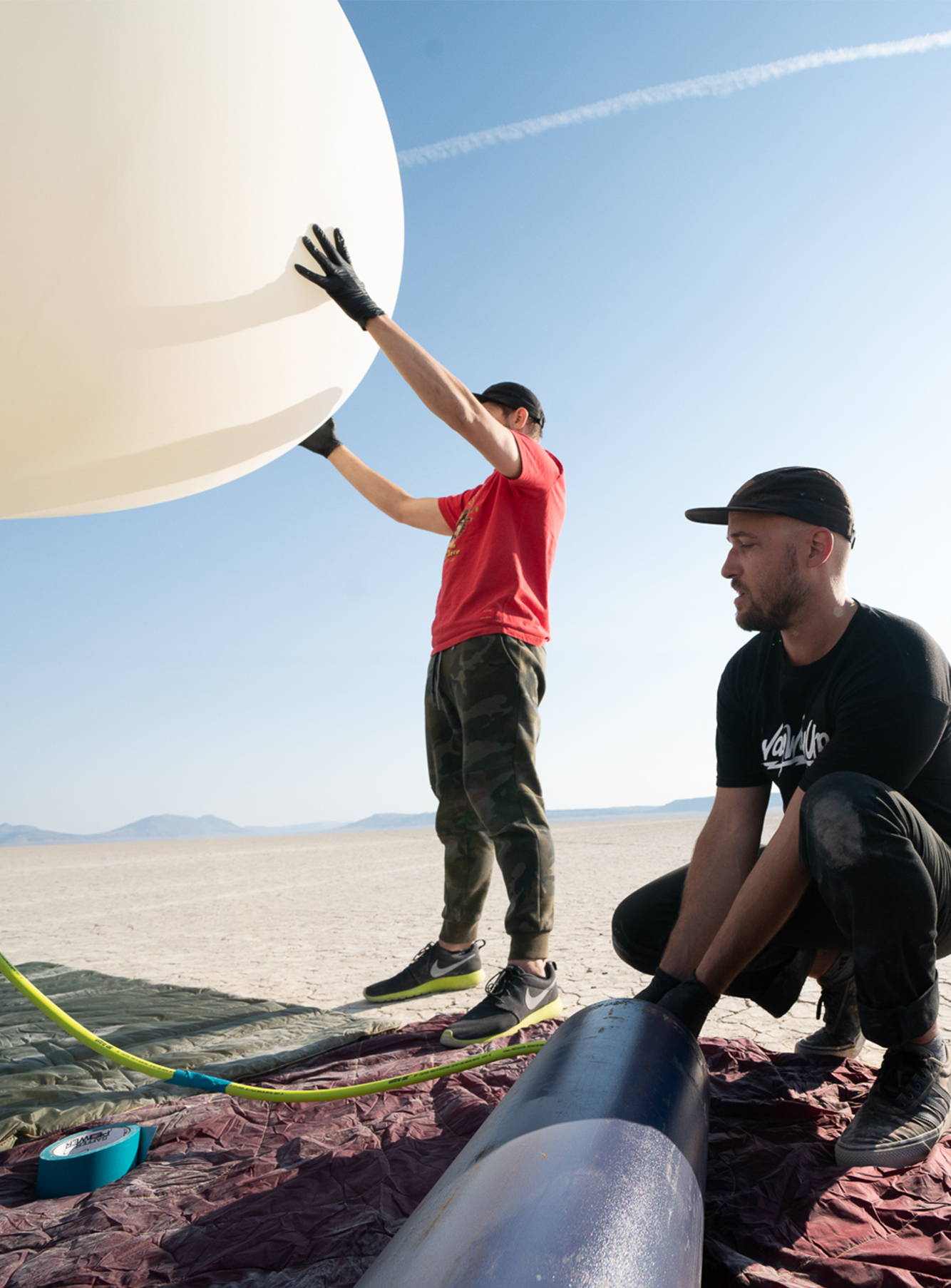 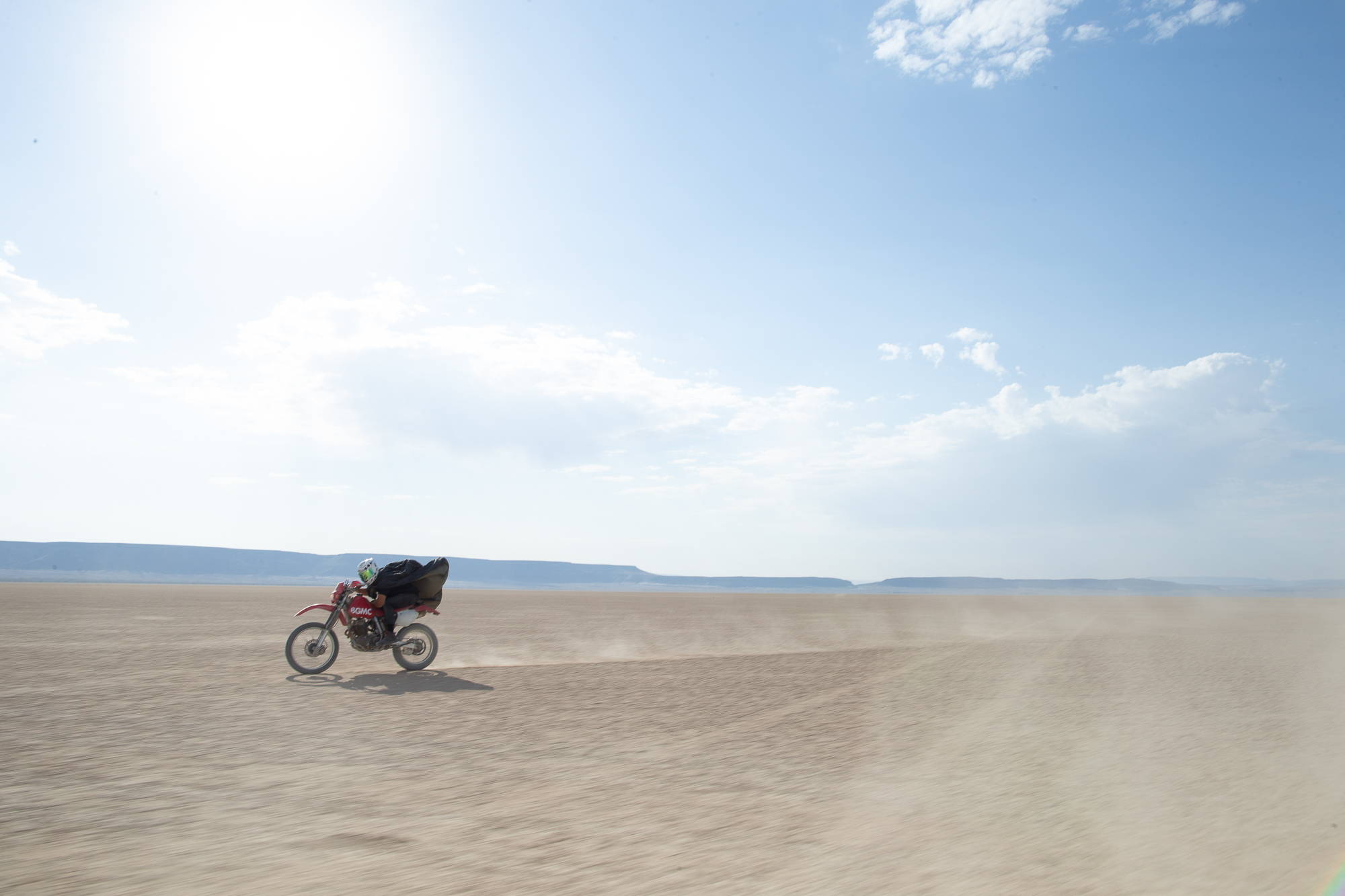 Full throttle through the Alvord desert.

Built from Rhiana’s custom 3D printed and laser cut designs, our rig was designed to be as ultralight as possible. Factoring in the weight of our extra Puffy Blanket, the entire rig was designed to weigh only 7.75 lbs. We traveled to the Alvord desert in southeastern Oregon to our launch site, 4,000 feet above sea level. On a clear, cool morning we inflated a 1200 gram latex balloon with 175 cubic feet of helium, turned on 4 GoPro cameras and set sail into the great beyond. 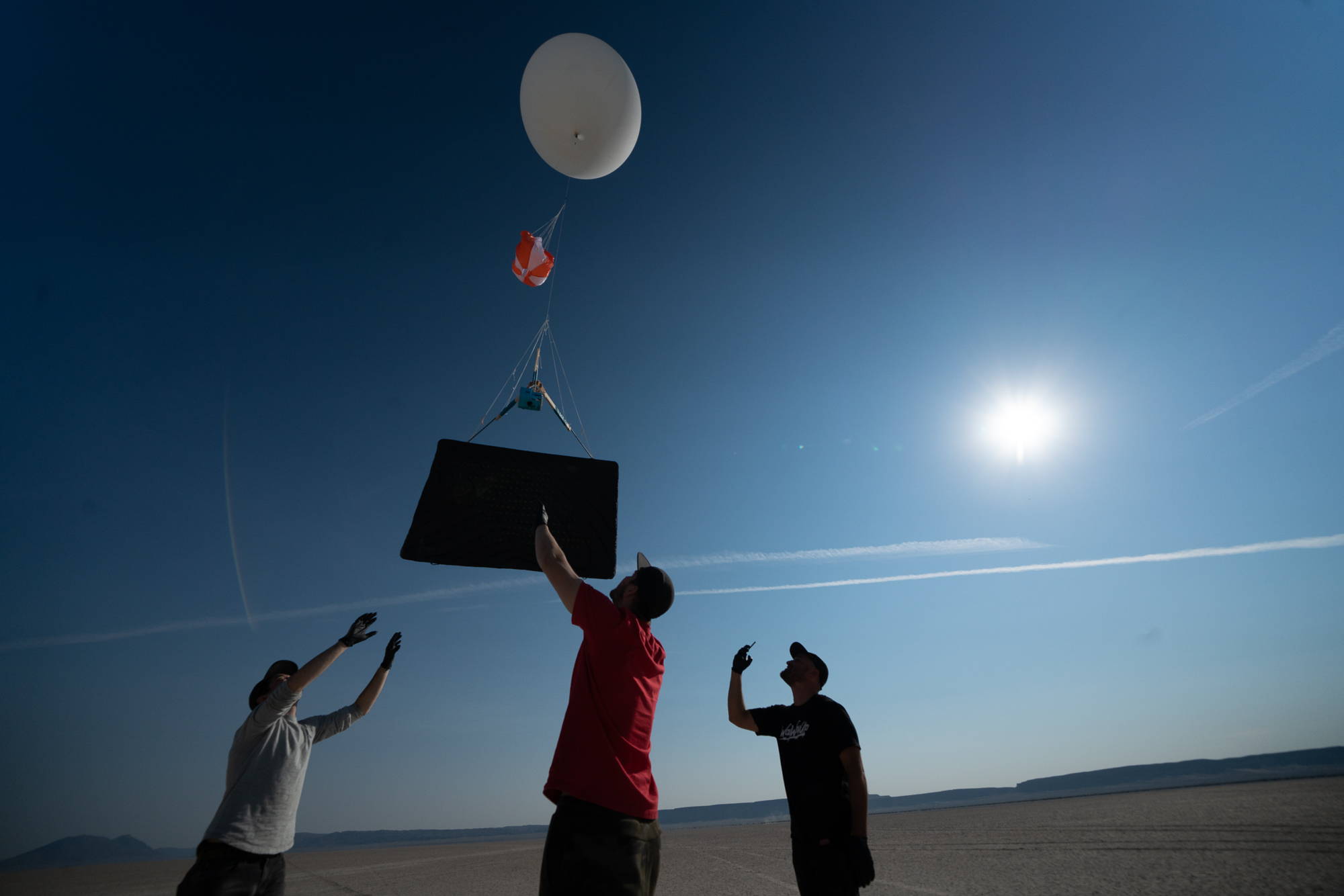 A BLANKET IN A HAYSTACK

But there was a problem, one we didn’t discover until much, much too late. The added weight of the GoPro cameras—not factored into our original payload calculation—caused the rig to ascend at a slower rate than anticipated. As a result, RUMPL1 spent more time than intended in a jet stream carrying it 58 miles east of our landing zone. This would be no big deal, if it didn’t also mean the rig spent too much time at temperatures close to -100ºF, completely freezing the batteries on the GPS.

After a few hours of wandering the scorching desert in vain, we left RUMPL1 for dead. Mission failed. Until a serendipitous voicemail came through... "Hi, this is Robert Fretwell, I found your balloon. You can stop at the Rome Station, they’ll know where to send ya’. It’s pretty easy… Only paved road in town. I’ll be here close to the house, choppin’ hay." - Robert Fretwell, Arock rancher. 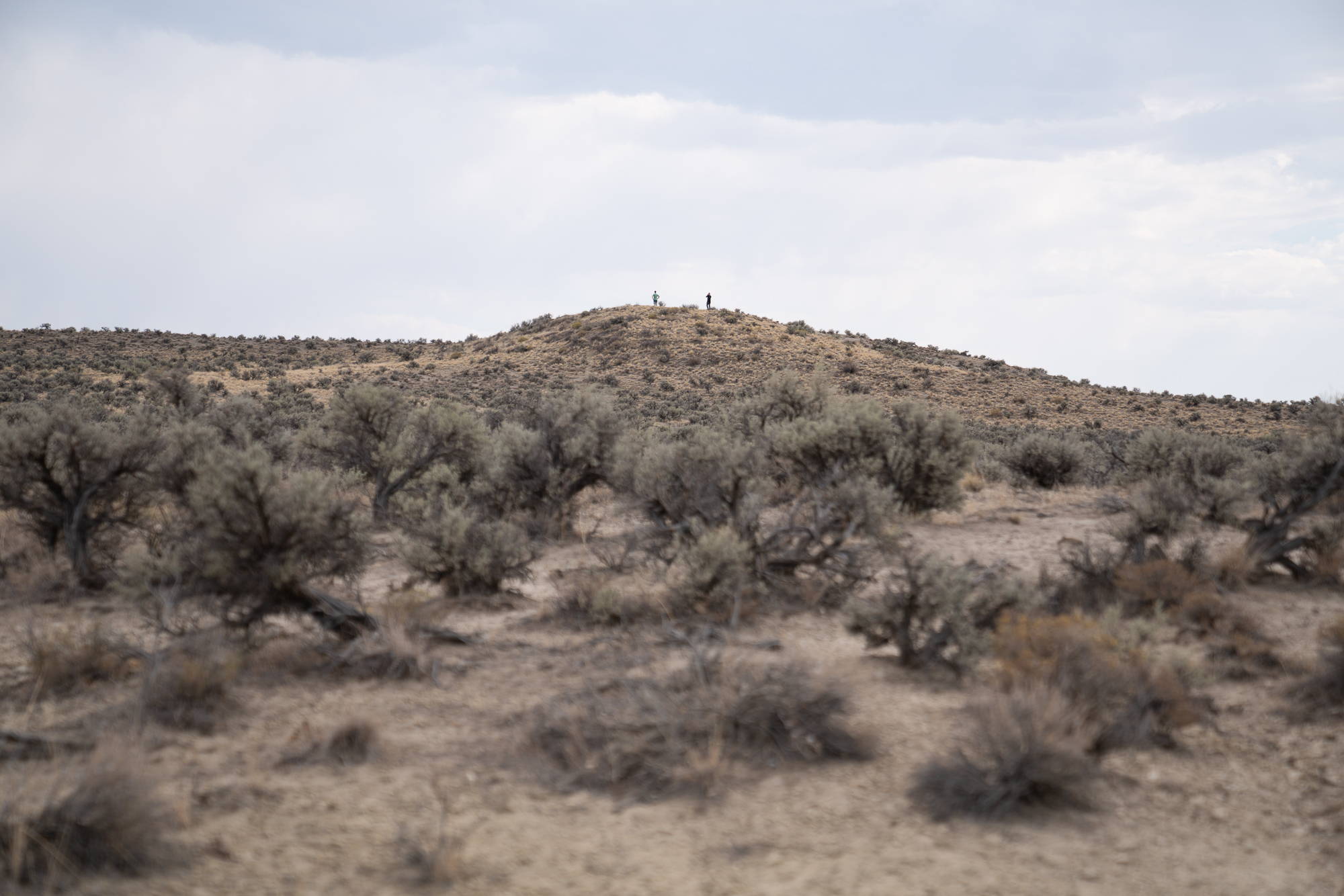 The team 's search for the RUMPL1 landing site. 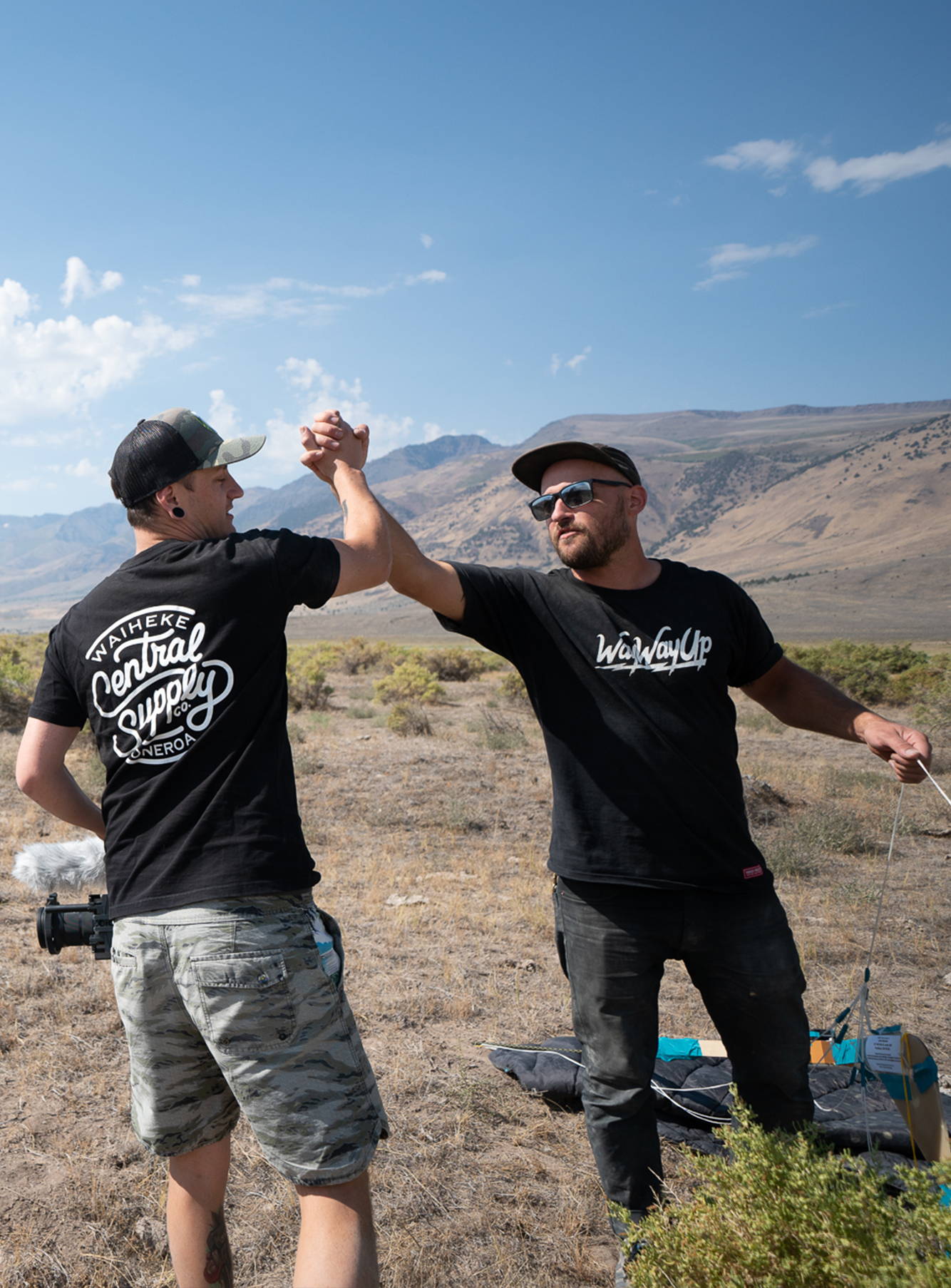 Miles away, and in surprisingly good condition, RUMPL1 returned to Earth. After an unexpected adventure along the jet stream, RUMPL1 reached our mission goal of 110,000 feet. The blanket withstood temperatures near -100ºF. Would the Many Moons Puffy Blanket  keep someone warm and cozy, even in those extremes? Maybe it’s time to start planning RUMPL2. The first blanket in space (probably). 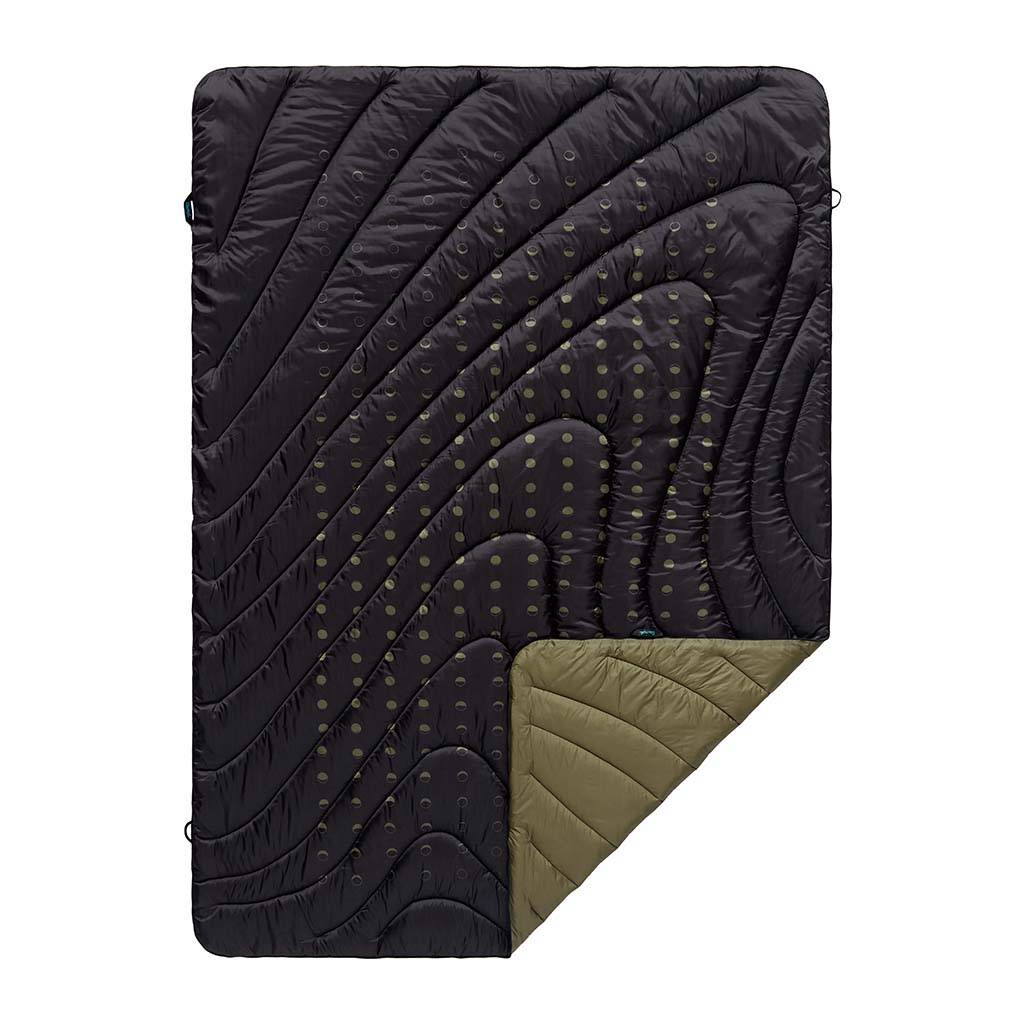 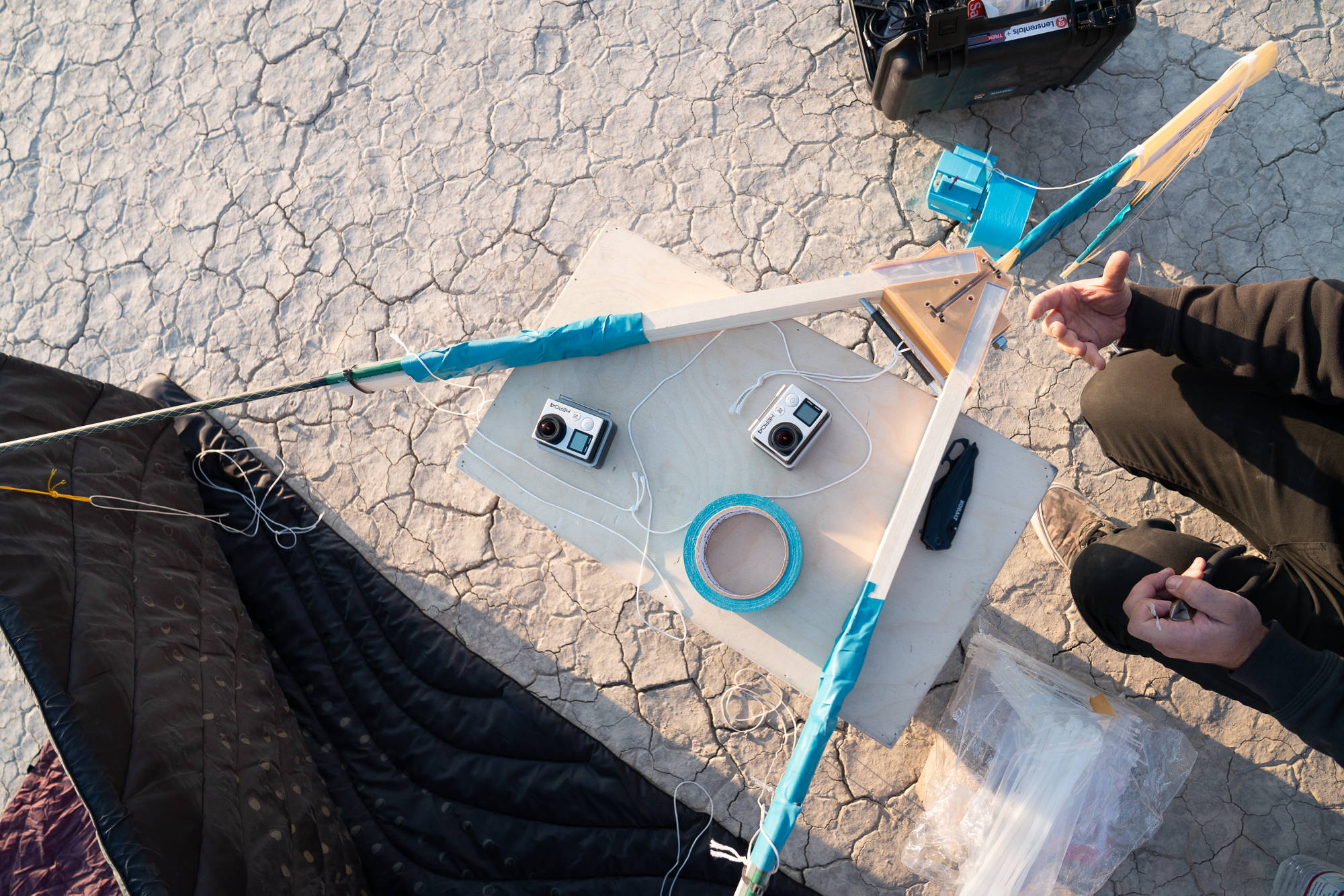 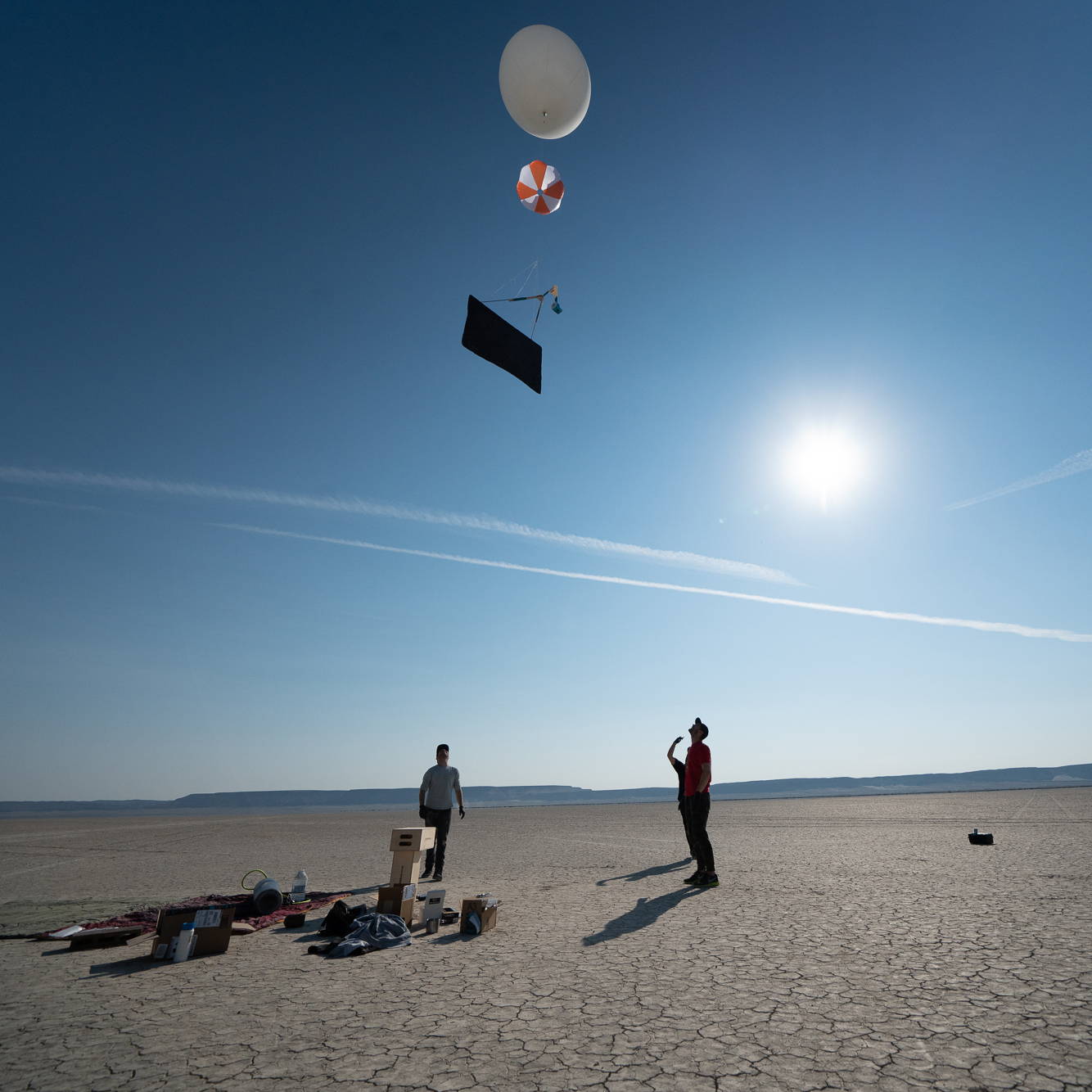 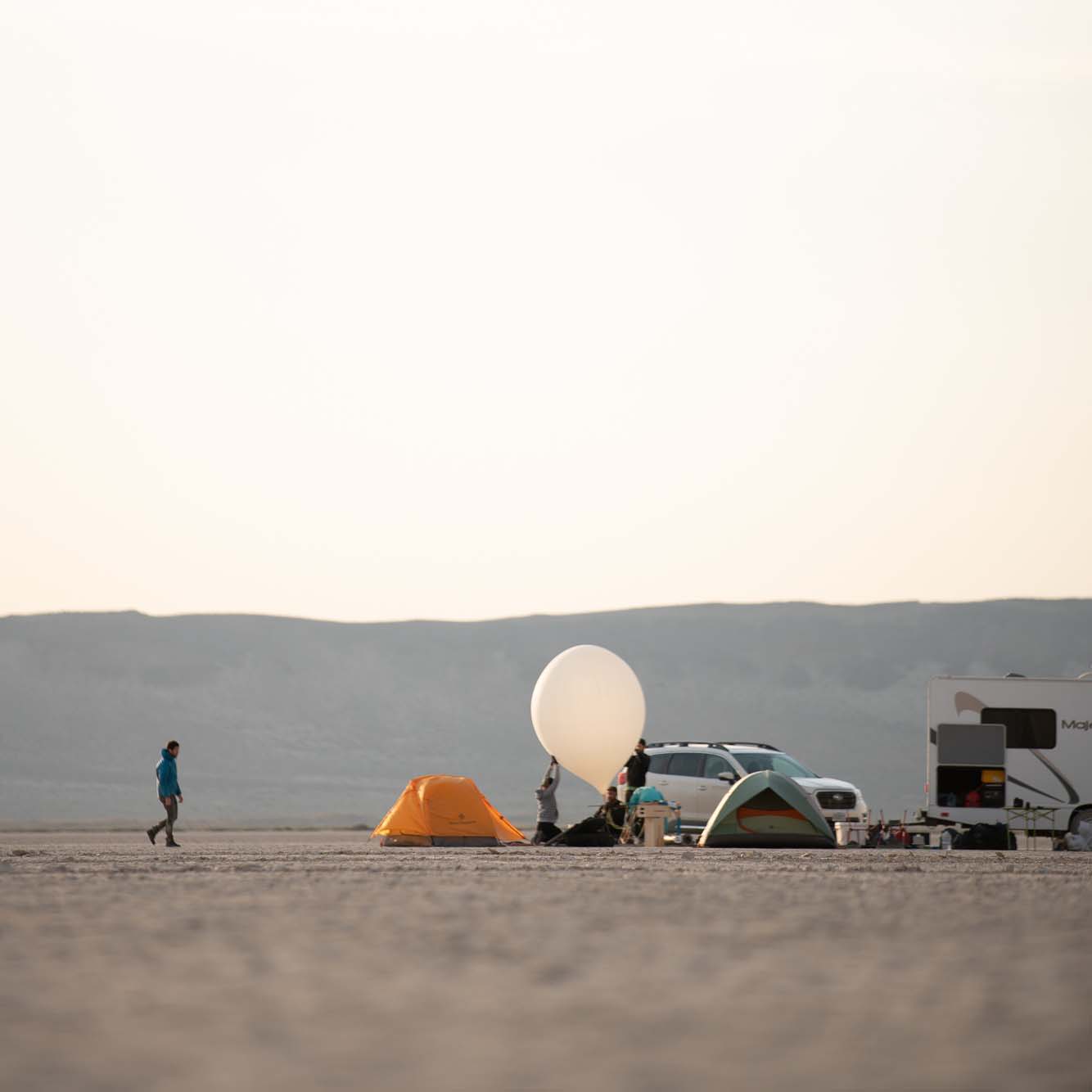 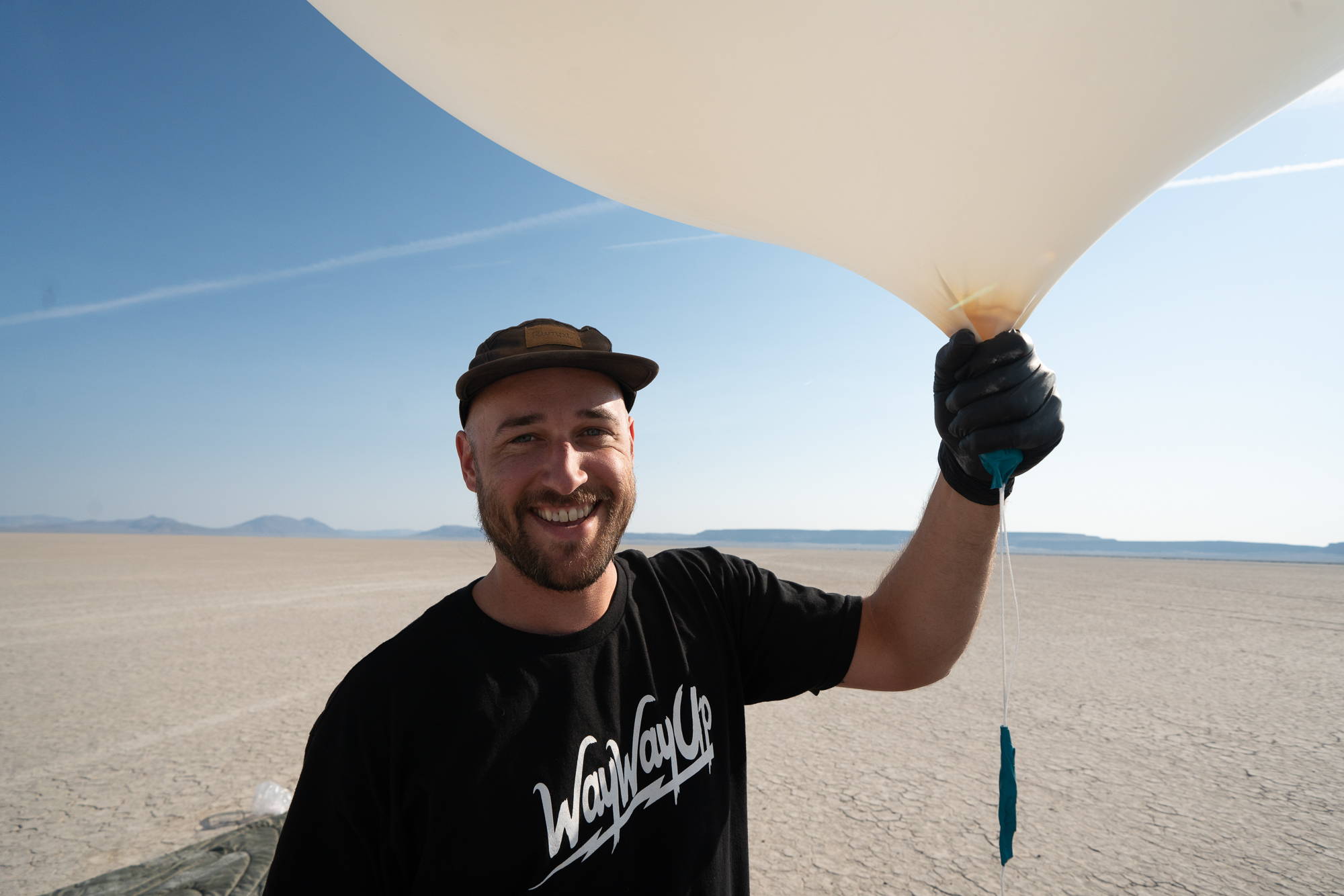 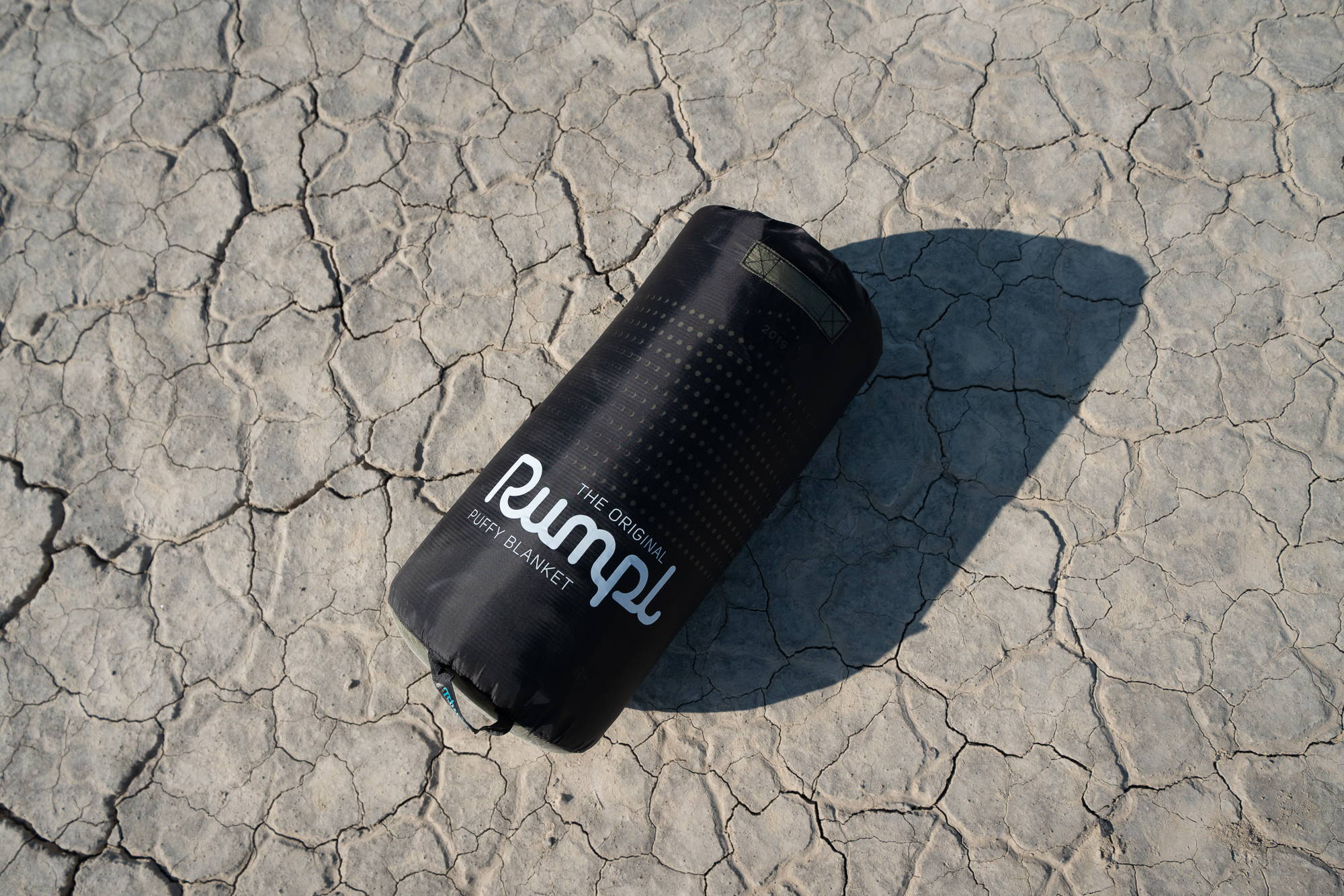 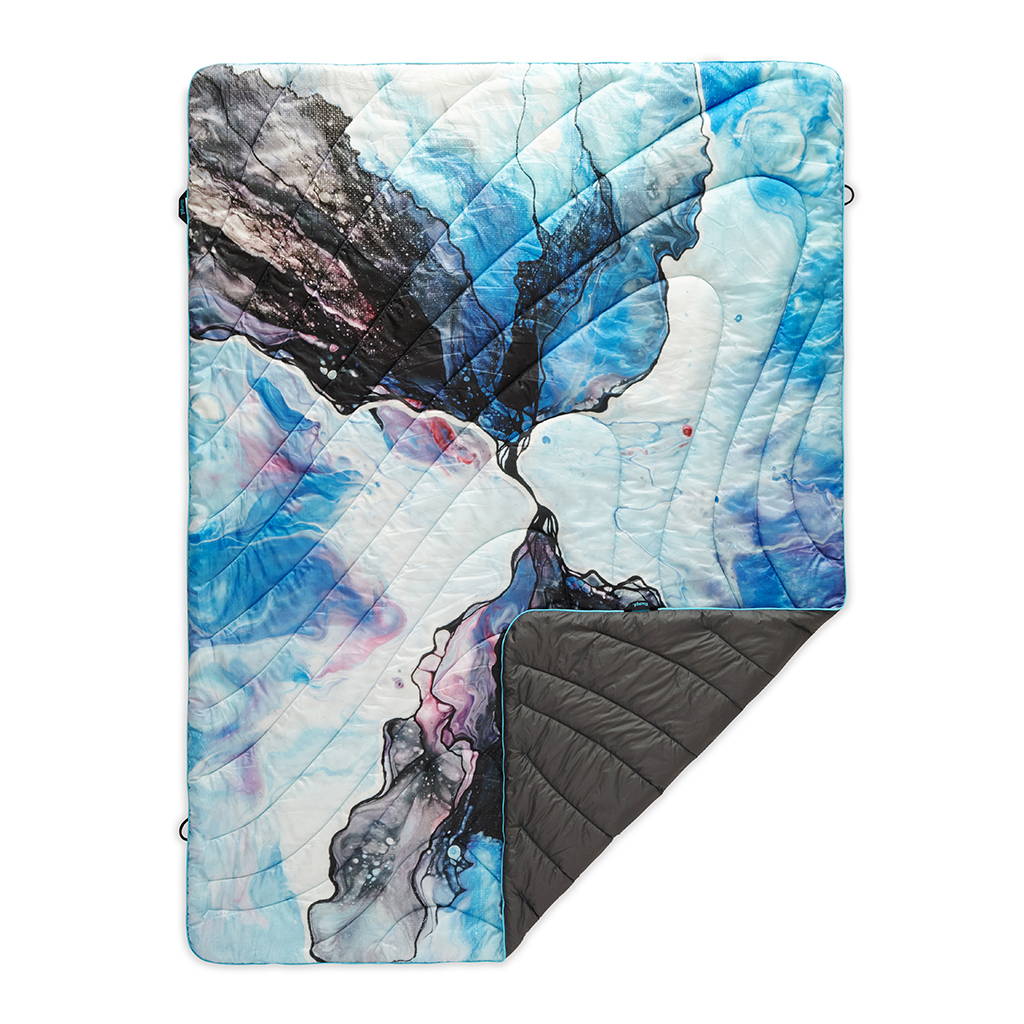 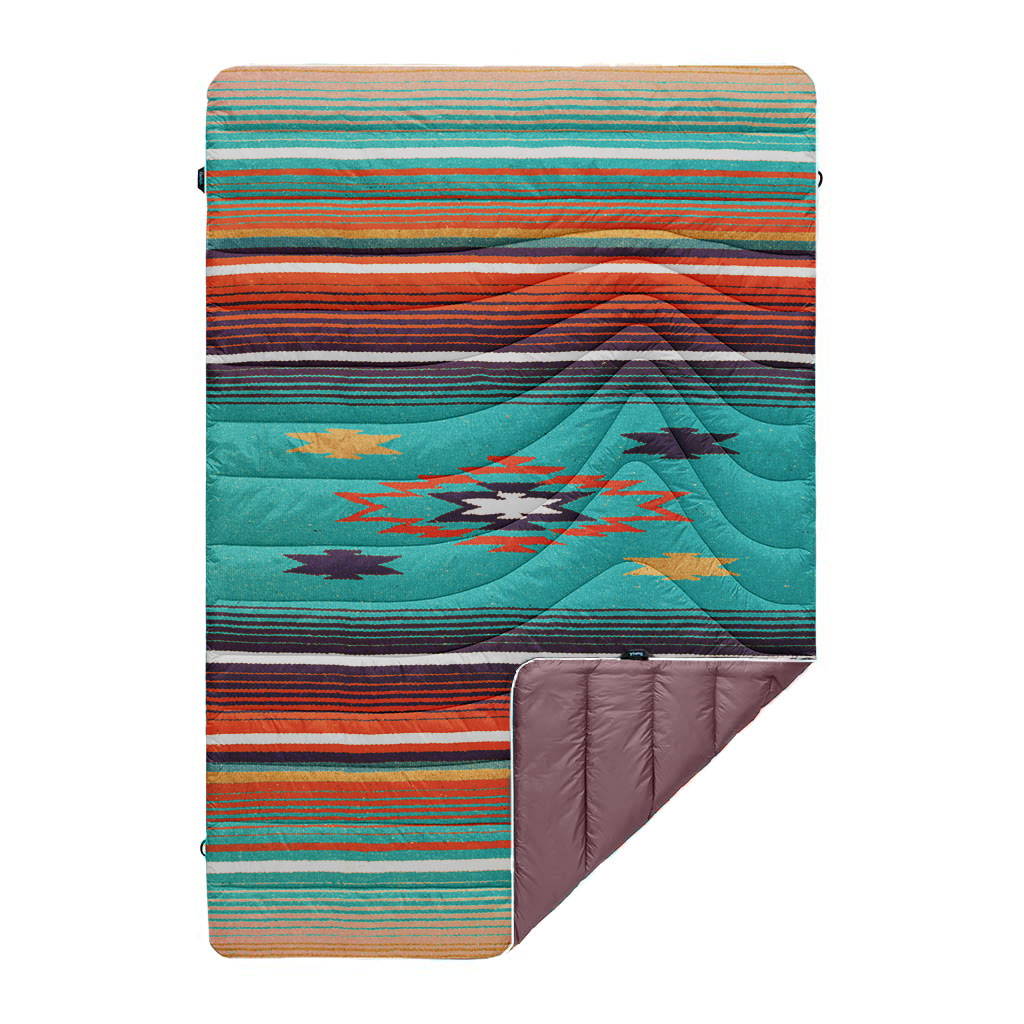 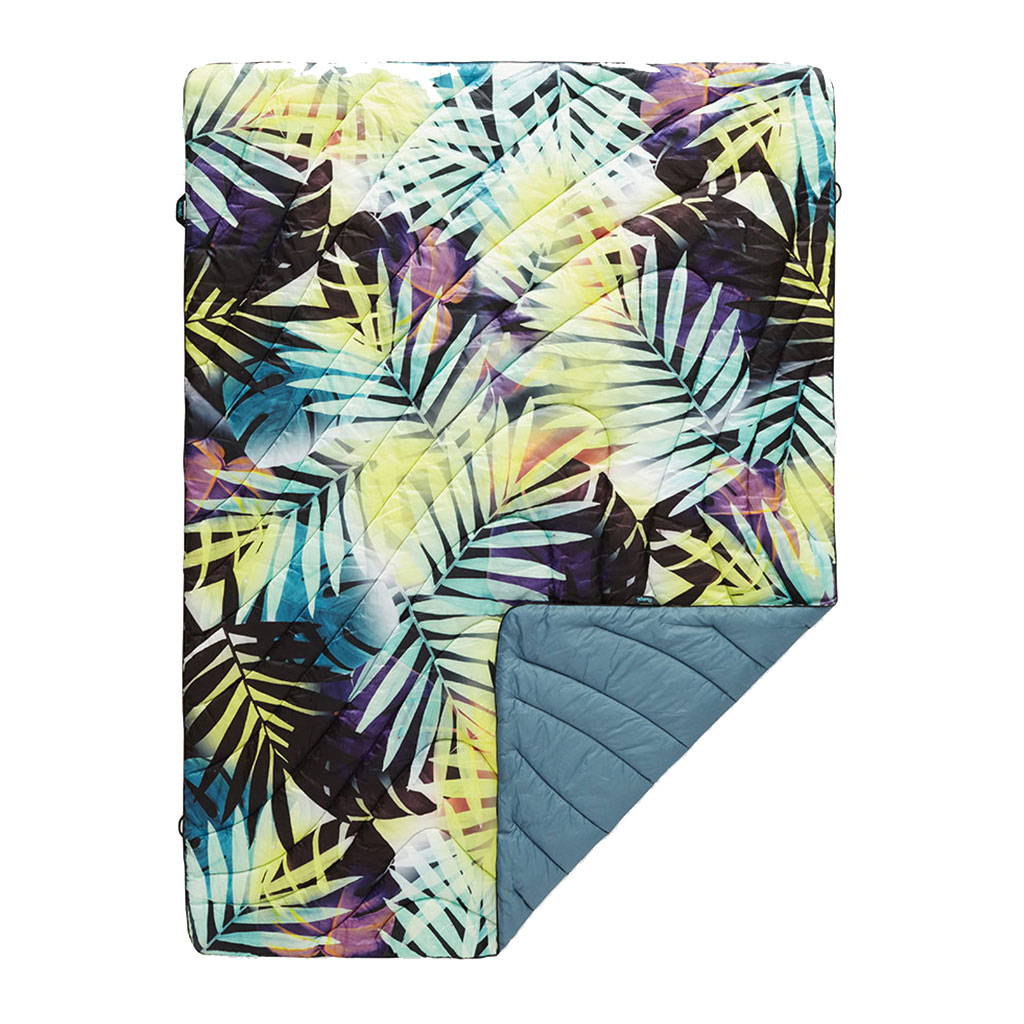