Music blasting. Windows down. Rumpl in the backseat. Road trip season is here and after a year of staying close to home, we can’t wait to hit the open road (responsibly of course). To celebrate a year of more road trips, we asked team Rumpl about the most epic trips they’ve been on, their next dream road trip, and what must-have Rumpl gear they recommend for the ride.

I started 2021 off right by helping move one of my best friends (and now roommate!) from Austin, TX up to Portland. We spent ten days on the road. We camped 8/10 nights and made stops in:

There are few things as sobering and mind-blowing as getting out and exploring our beautiful world! If you want recommendations, email me: jacob@rumpl.com

I still need to see plenty of National Parks and would love to take a bike with me the next time so that I can ride through our gorgeous parks and cover more miles. 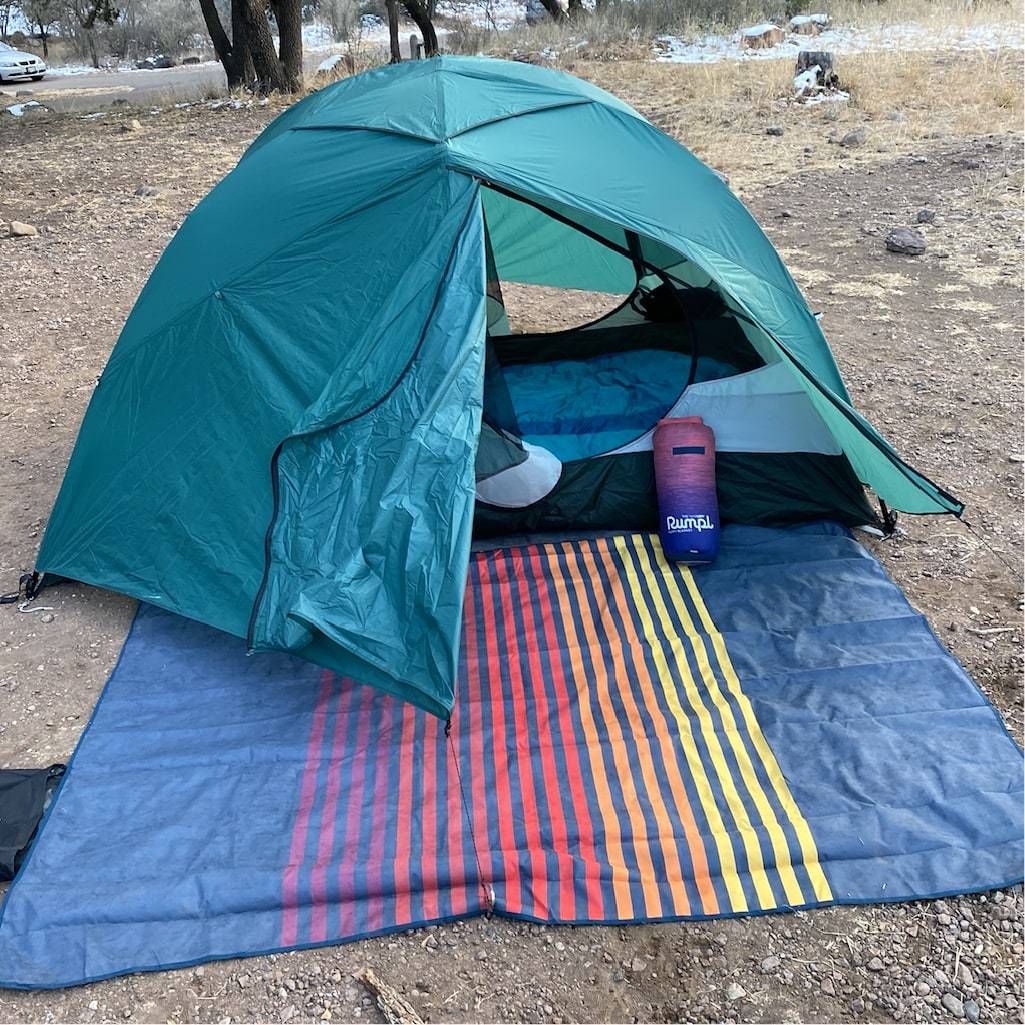 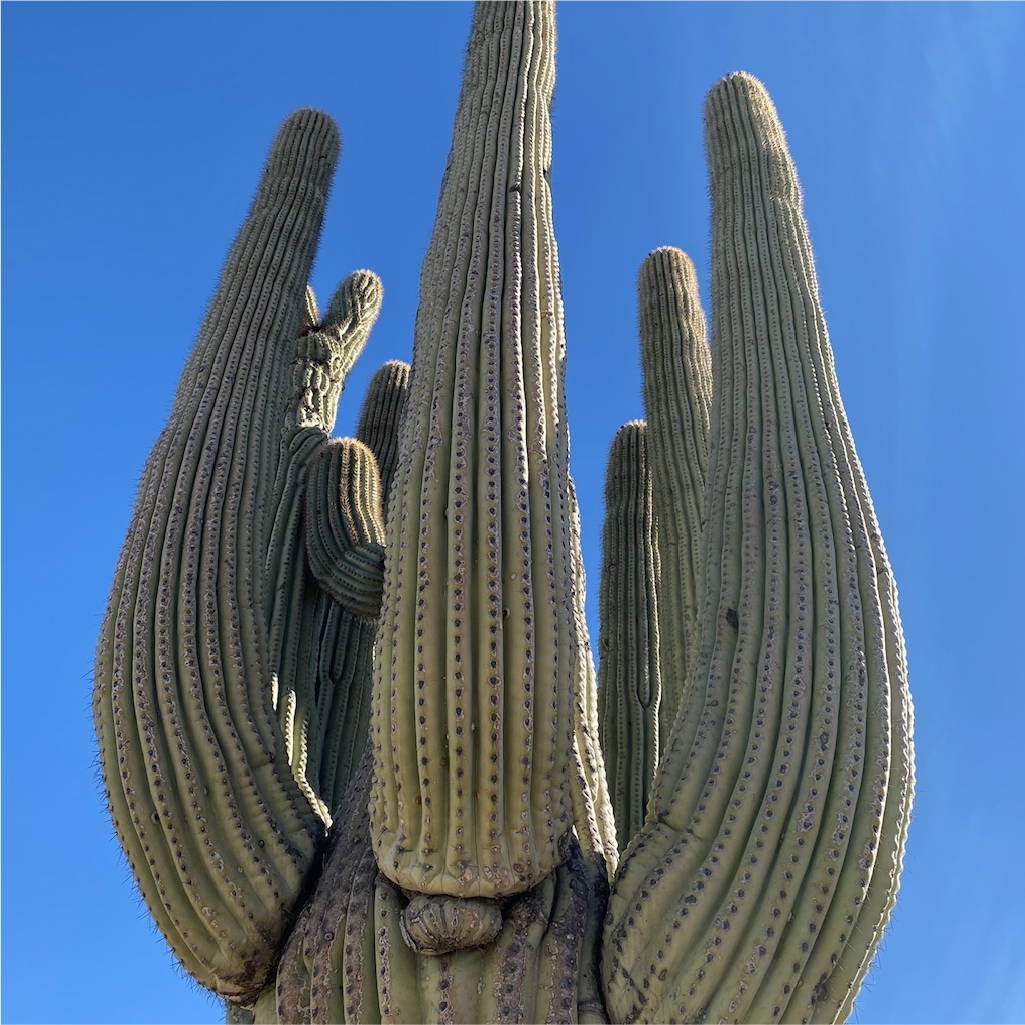 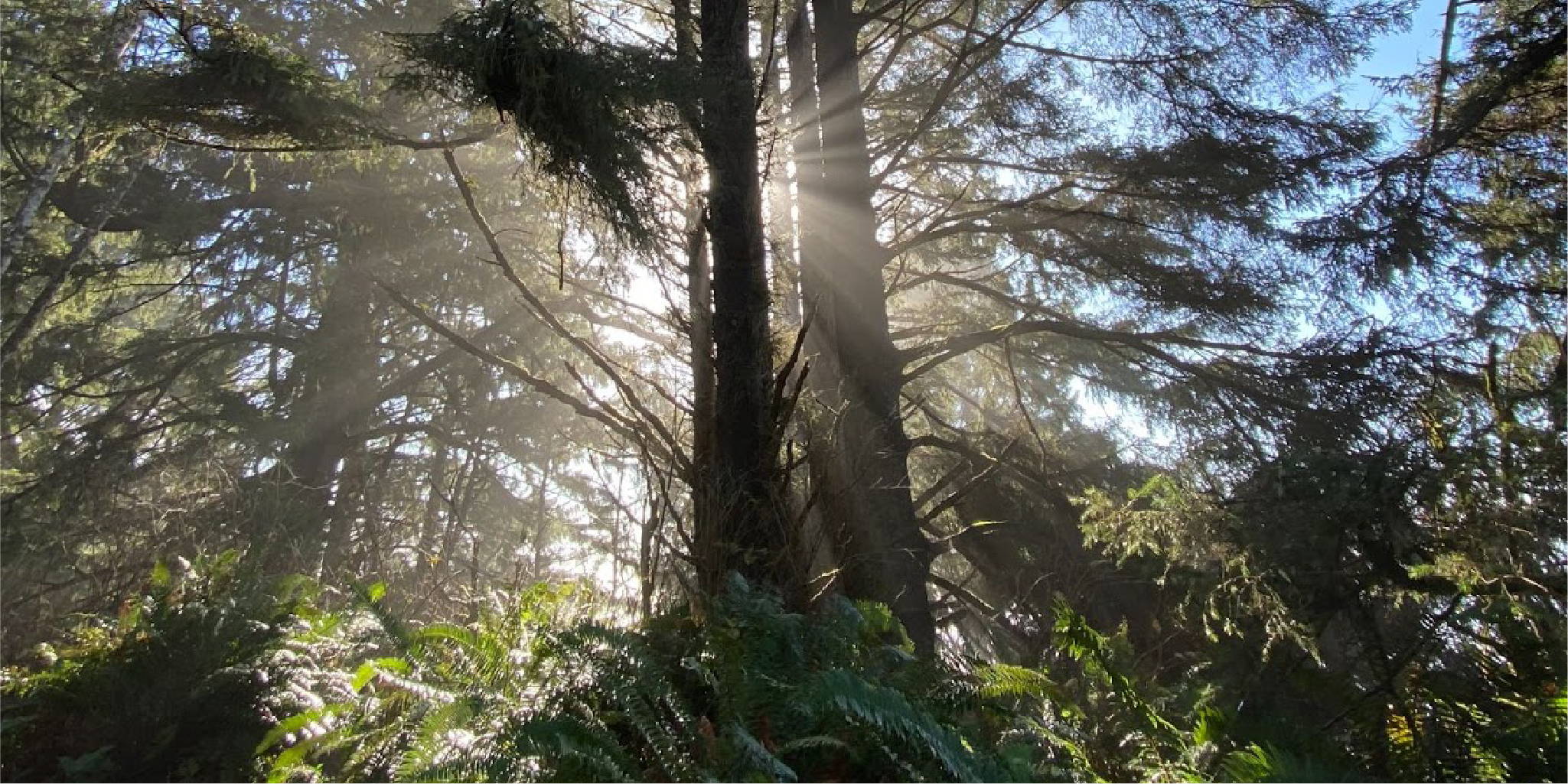 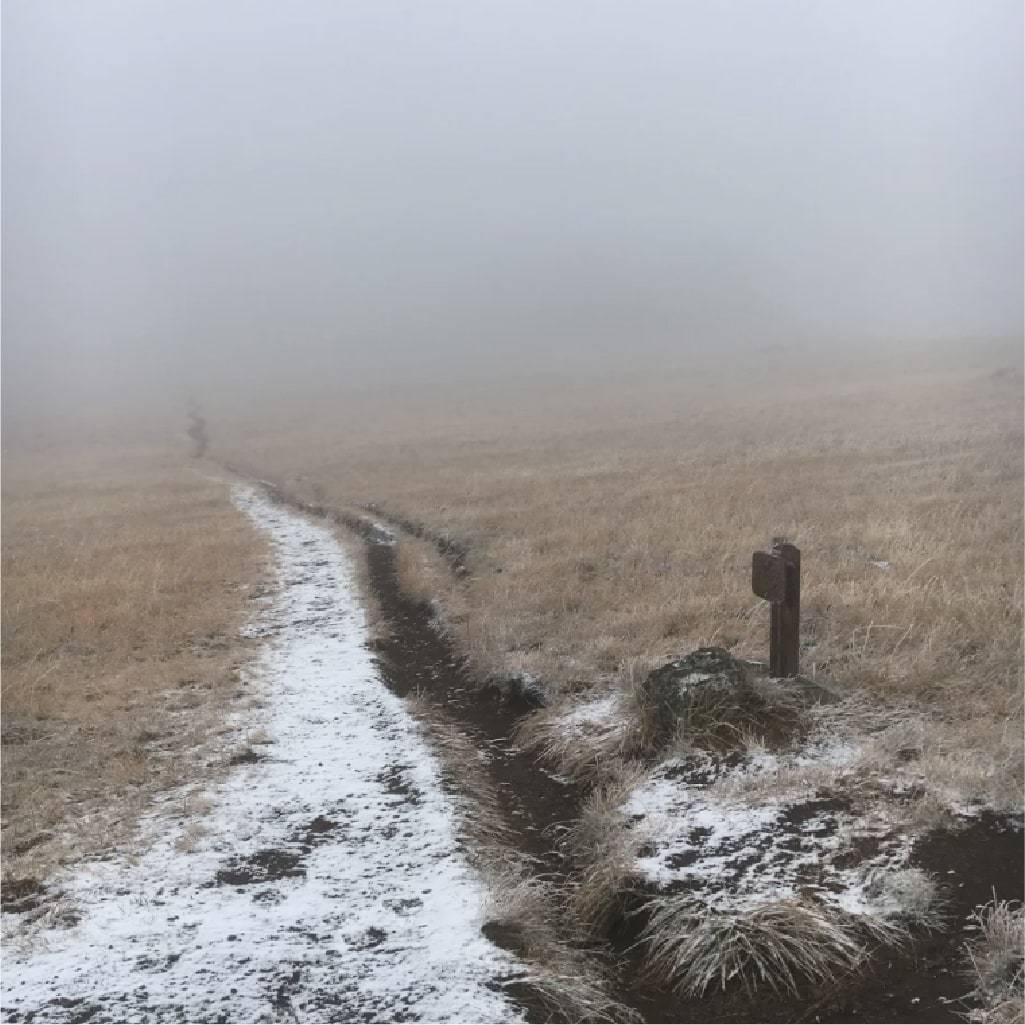 One of my all-time favorite road trips was with my close friend to the Olympic Peninsula. We took three days to drive up from Oregon and did a mix of tent and car camping. From hiking in the snow on Hurricane Ridge to stumbling upon a crab festival in town, and making new friends at a hot spring, we really made the most out of our three days!

I wish that we had an Original Puffy Blanket with us. It would have been SO nice during the cold rainy nights!

One that's been on my bucket list for a while now is going through The Alvord Desert and then head down to Zion.

"A highlight was taking a water taxi across Redfish Lake to access a 5 pitch backcountry rock climb.We then drove to Leavenworth, WA for the next leg of our trip, backpacking the Core Zone in the Enchantments and rock climbing in Icicle Canyon."

We took a road trip to Idaho and Washington last summer. Our car was packed to the brim for a multi-sport adventure spanning backpacking, rock climbing, and fly fishing. We started off in Ketchum, Idaho, fly fishing the Big Wood River in the mornings and Silver Creek Preserve in the evenings. We then completed a backpacking loop in the Sawtooths (ID) and fly fished a few days on the Salmon River near Stanley. A highlight was taking a water taxi across Redfish Lake to access a 5 pitch backcountry rock climb. We then drove to Leavenworth, WA for the next leg of our trip, backpacking the Core Zone in the Enchantments and rock climbing in Icicle Canyon.

I used my Featherlite® Down Blanket, Shammy Towel, Stuffable Pillowcase, and various down blankets the entire trip. 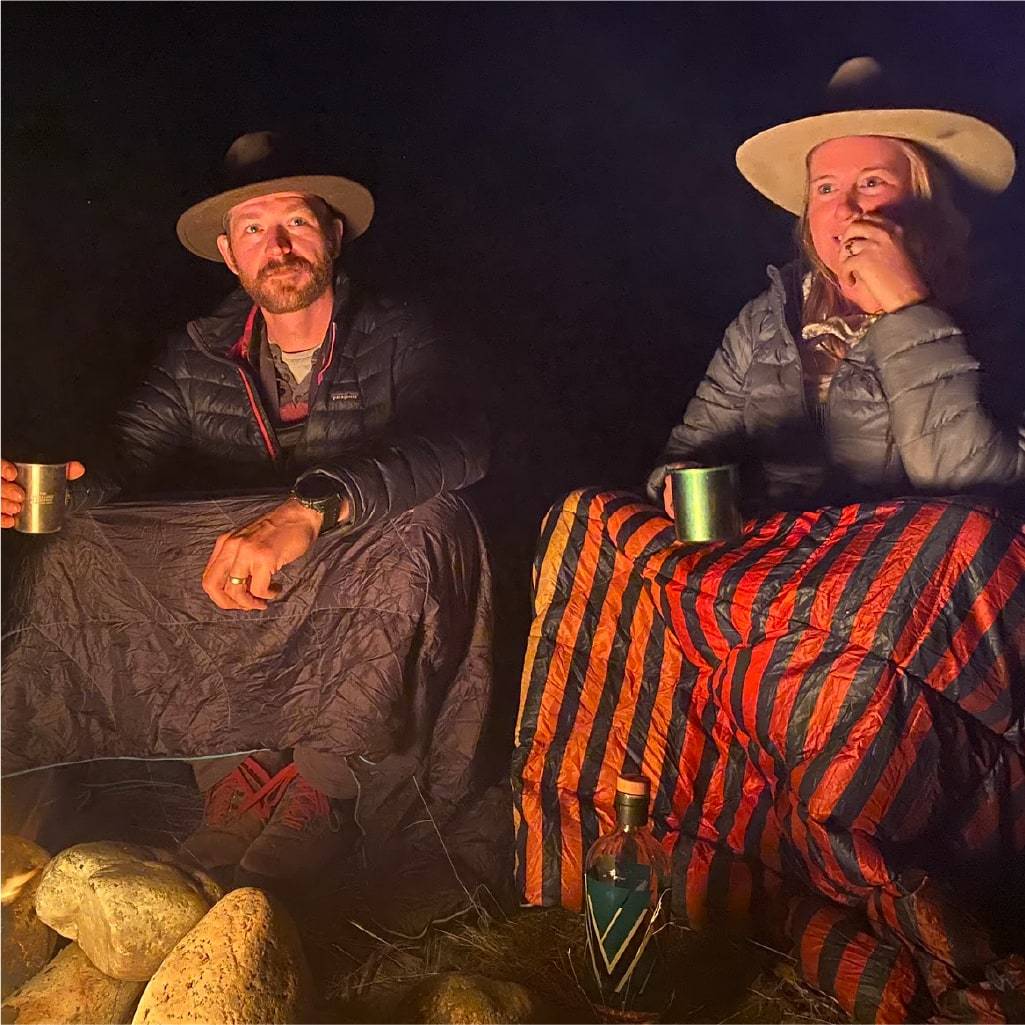 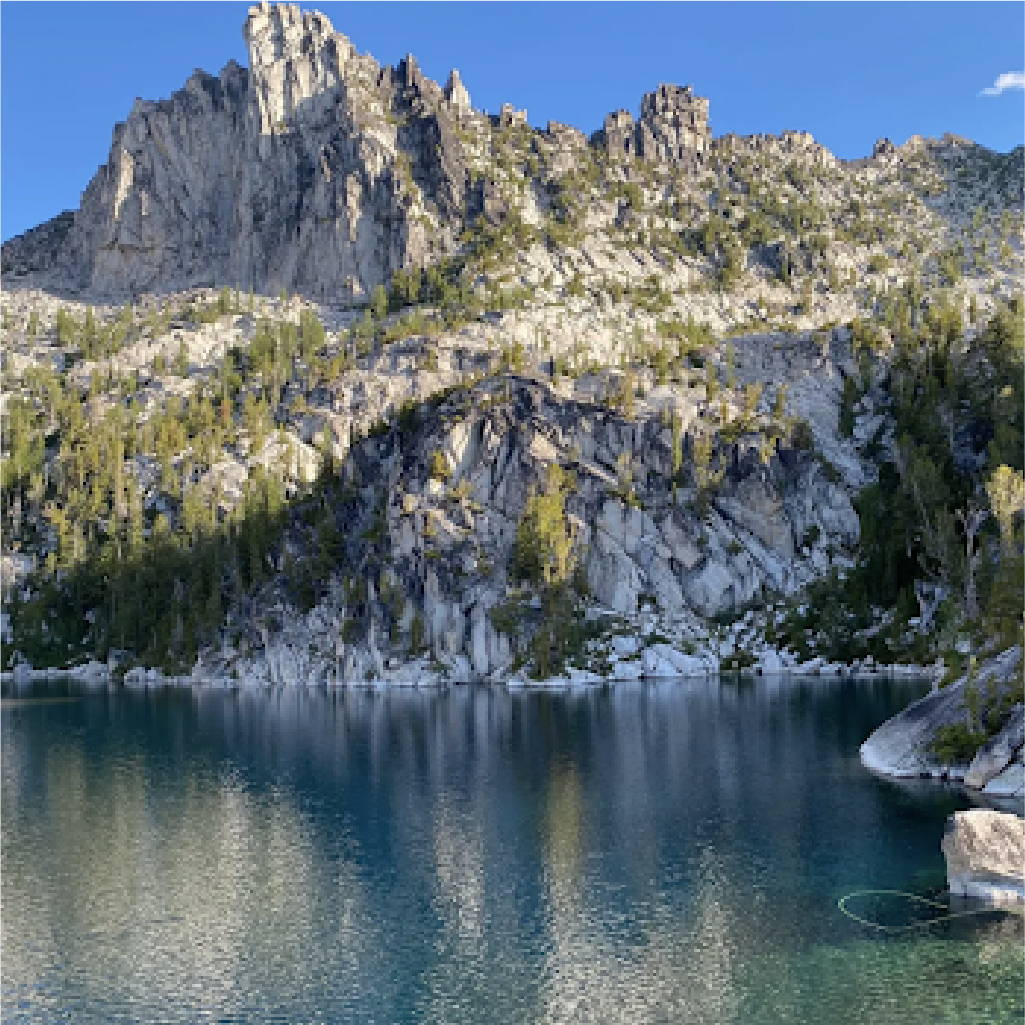 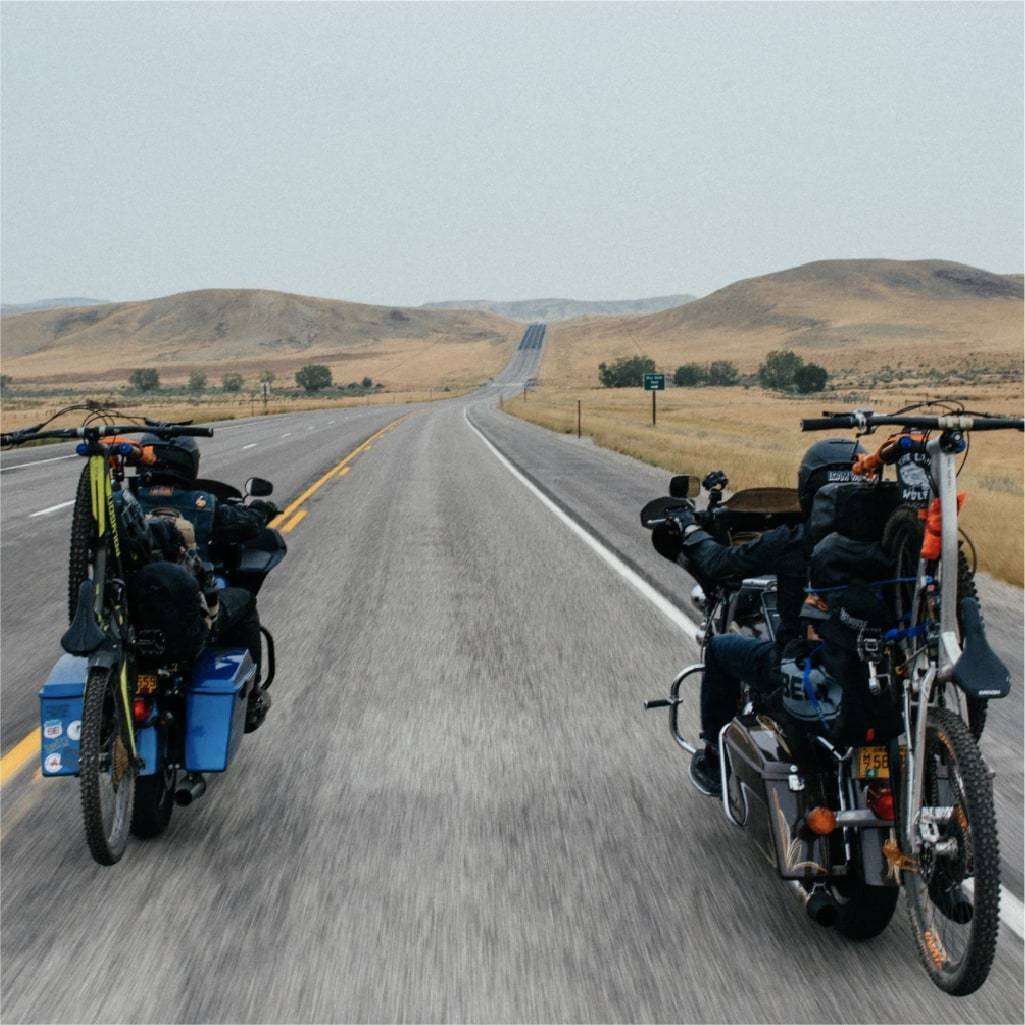 In the Summer of 2018, two friends and I built racks to hold our mountain bikes on our motorcycles and we rode from central Oregon to Sturgis, South Dakota then back west and up north to Whistler, BC. It was one beast of a trip.

I wish I had a Nanoloft® Puffy and a Shammy Towel for the quick swim breaks we had.

Would love to go on a road trip to Tofino on Vancouver Island this summer. 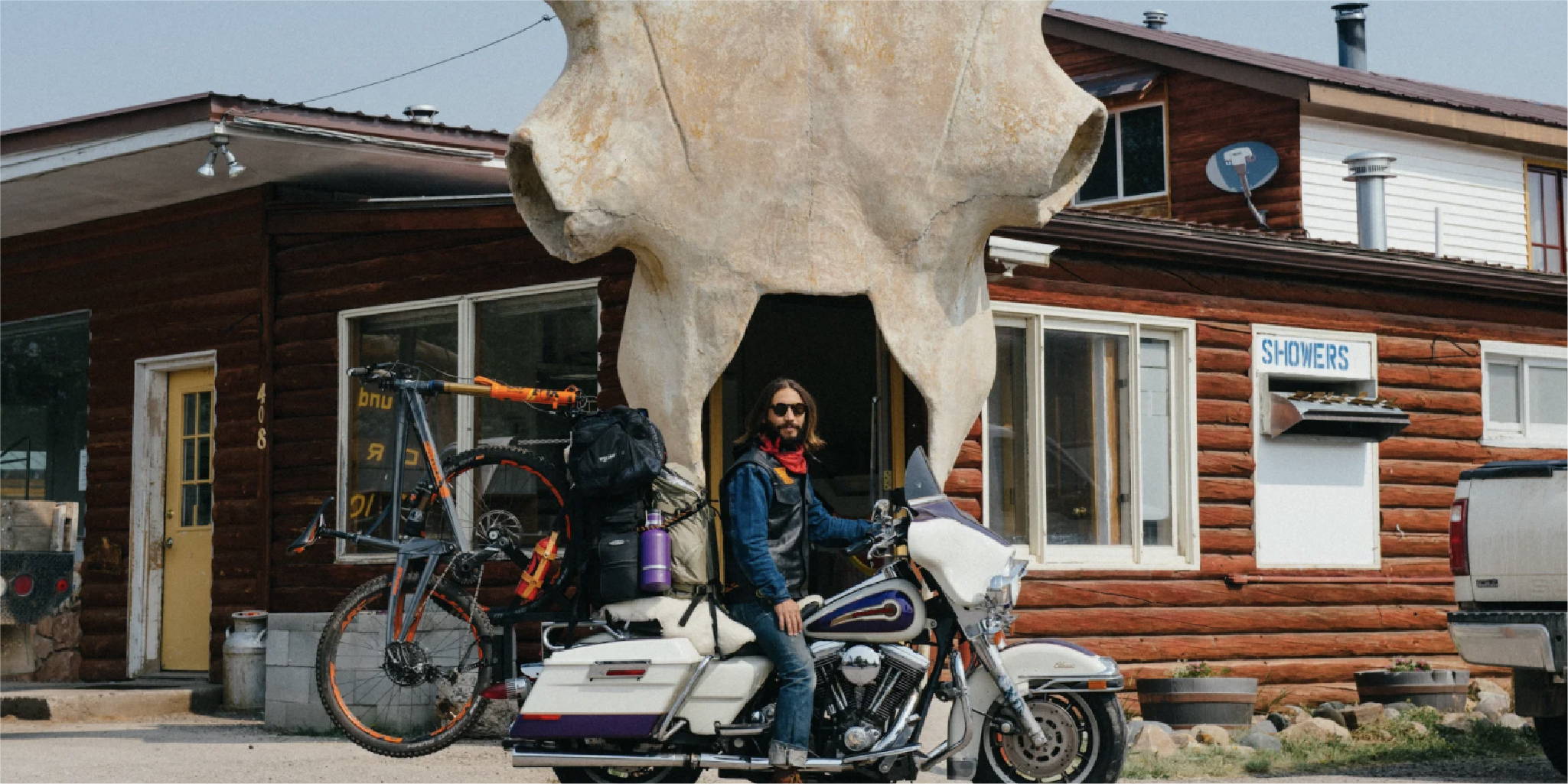 Stayed on a retreat property in Tygh Valley -- did some hiking around the area and visited some falls!

I wish I had a Stash Mat and a NanoLoft® Puffy Blanket. We took them to our Airbnb, but did not bring them out with us to the different day trip spots. Next time!

Probably somewhere coastal or heading back down to San Diego to visit family. 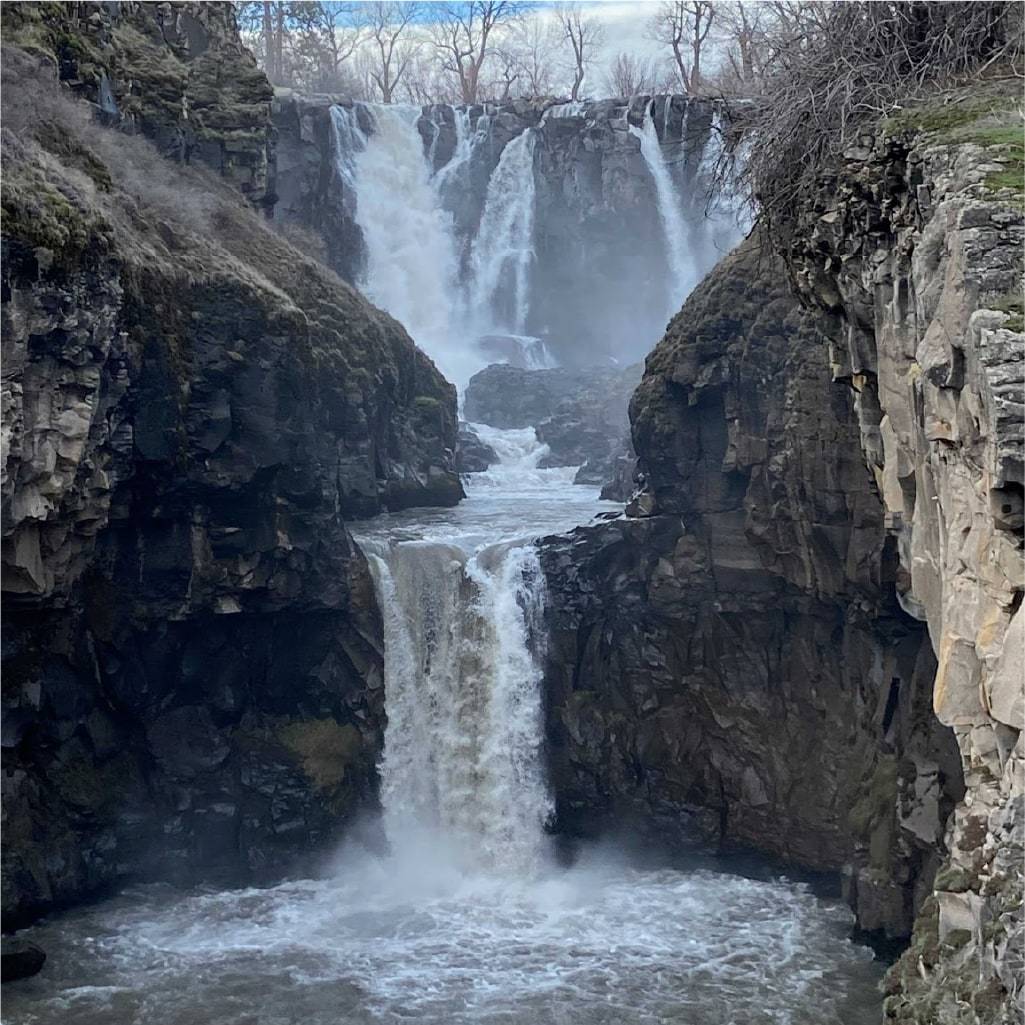 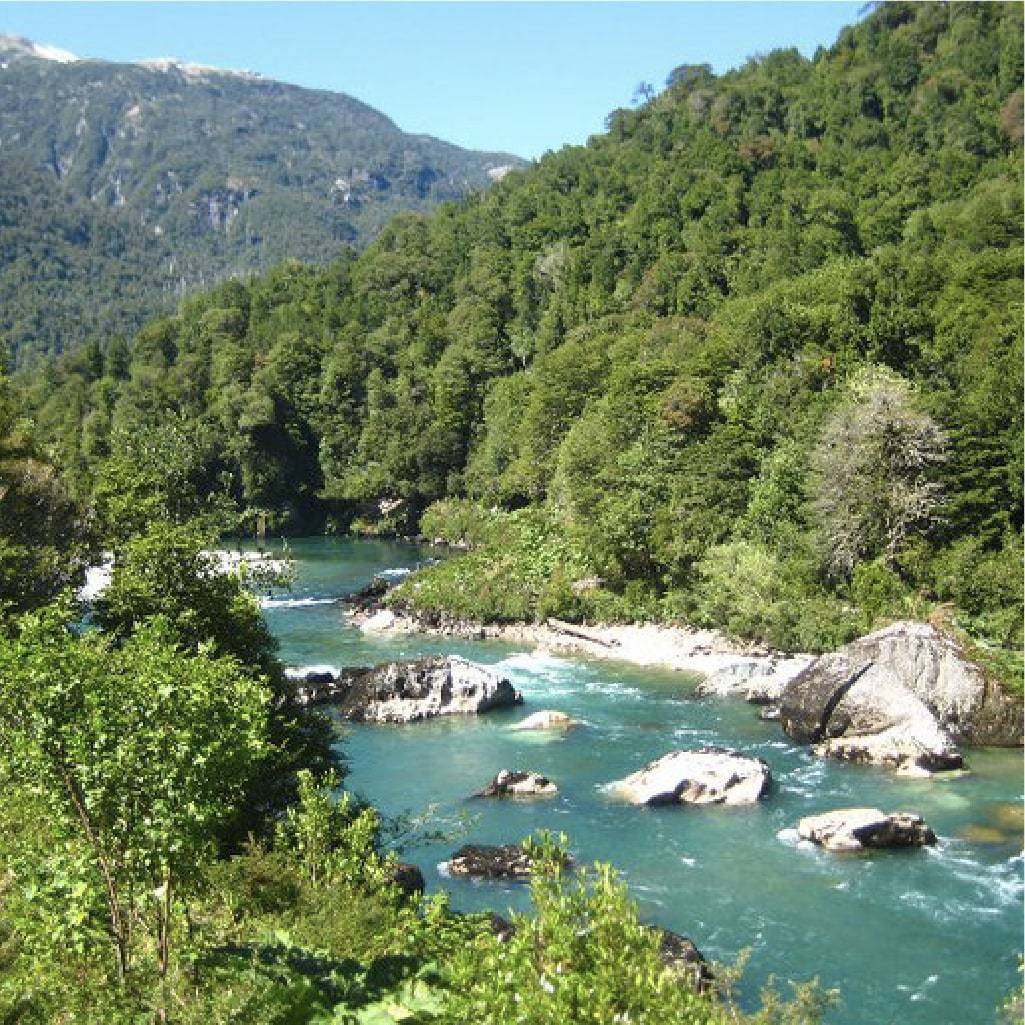 "The trip had everything I could have asked for including hot springs, backpacking, fly fishing, ferry crossings, off-roading, memorable local encounters, route-finding through backroads, and more. " 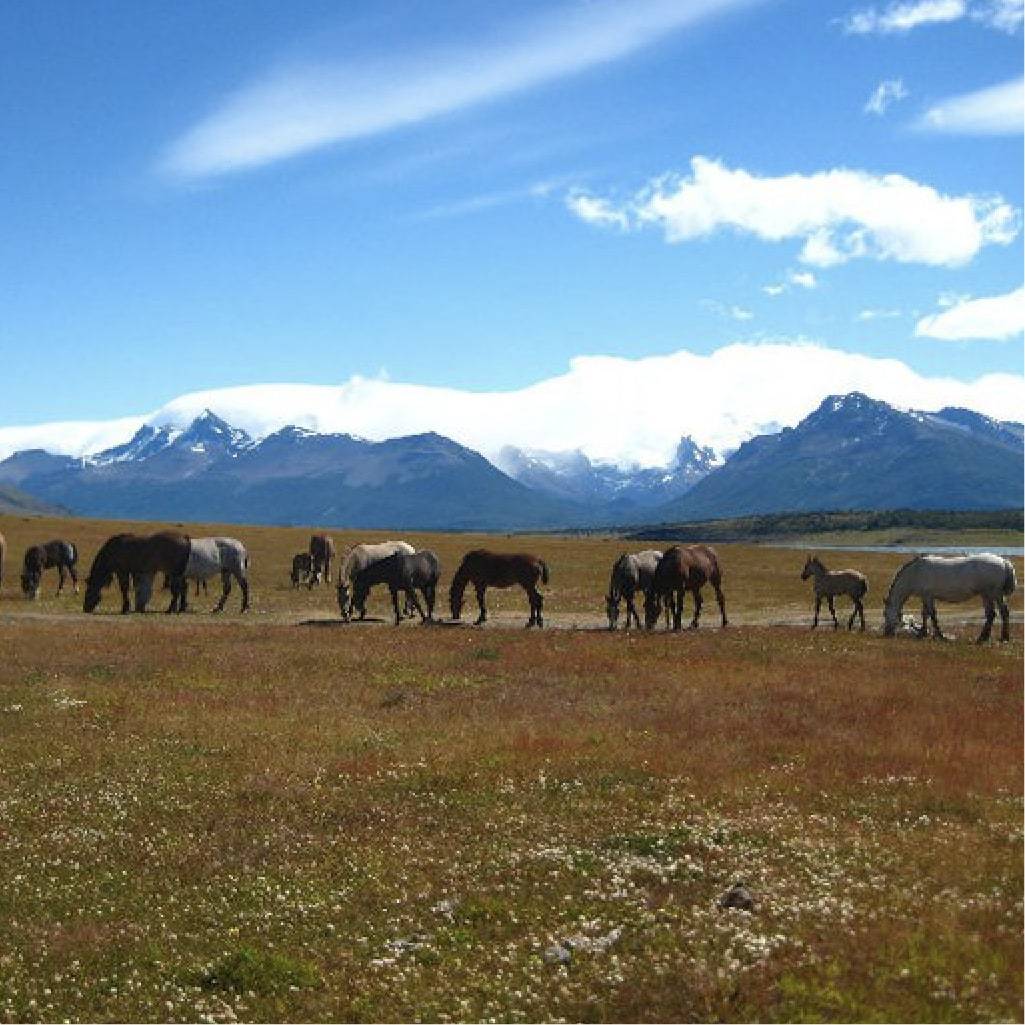 Carretera Austral (AKA, The Pan American Highway through Patagonia). This was an epic road trip that was inspired by the trip taken by Yvon Chouinard and Doug Tompkins, which was popularized in the movie 180 South. My friend and I saw the movie during our first year out of college and he was so inspired he quit his job, bought a camper shell for his truck, and set off to replicate the trip. He actually extended the route, started in Alaska, and was immersed in this adventure for nearly 2 years. I was only risk-averse enough to join him for 8 weeks through the Patagonia section, which was by far the most intriguing to me. In hindsight, I should have done the whole thing with him.

I flew down and met him in Puerto Monte, Chile, and we traveled all the way down to Ushuaia—the southern-most location of South America—crossing through Argentina several times along the way. The trip had everything I could have asked for including hot springs, backpacking, fly fishing, ferry crossings, off-roading, memorable local encounters, route-finding through backroads, and more.

We had a fairly meaningful scare about 100 miles from any services when we hit a rogue drainage ditch going 30mph that had zero warning signs posted. Luckily we didn't damage the vehicle but the ditch was deep enough that we were sitting on the frame of the car. We eventually got out using our jack and a ton of rocks, but the ordeal took us a whole day in hot, buggy conditions.

My favorite memory from the trip was meeting Susie Tompkins when we were crossing the border into Argentina for the first time. She was down in Patagonia surveying land for her project with her late husband, Doug Tompkins, founder of The North Face. We didn't recognize her, but we got to talking and told her about the trip. She turned to her friend and said, "this sounds like Yvon and Doug's trip!". We pieced things together and asked her how she knew about Doug Tompkins and Yvon Chouinard and she replied, "Well, I was married to one of them for over 20 years.". We were completely star-struck and told her how Doug and Yvon's original trip had been our inspiration. She took a picture of us in front of our car and said she'd show it to Doug and Yvon. I have no idea if that ever happened, but I'd like to imagine those two guys seeing the picture and grumpily razzing us for having a nicer car, nicer roads, nicer gear, nicer whatever than they did back when they did the drive 50 years earlier.

This was a Featherlite® Down Blanket kinda trip. Shammy Towel would have been clutch too.

Back to New Zealand for another van trip.

Check out our expertly- curated Rumpl Road trip playlist here and then stock up on all your Rumpl road trip must-haves!

Do you have an epic road trip story or an album of photos from your favorite trip? We want to see it!
Send us a DM on Instagram @gorumpl.

Here’s to another year of road trips! Let’s go!

BRING THESE ON YOUR NEXT TRIP