Summer is fast approaching, and it’s time to start thinking about sleepaway camp. This is where your kid is going to foster a lifelong love of the outdoors... or not. So no pressure or anything. Whether your kid is prepping for a backpacking adventure with the Boy Scouts, or spending a week sharing a bunk with 12 other girls by the lake, it's up to you to make sure they’ve got everything they need (and aren’t over-encumbered with junk they don’t). Aside from the basic clothes, hats, sunglasses, raincoat, sneakers, and boots, here are a few specifics that might help you decide what to prioritize bringing along. 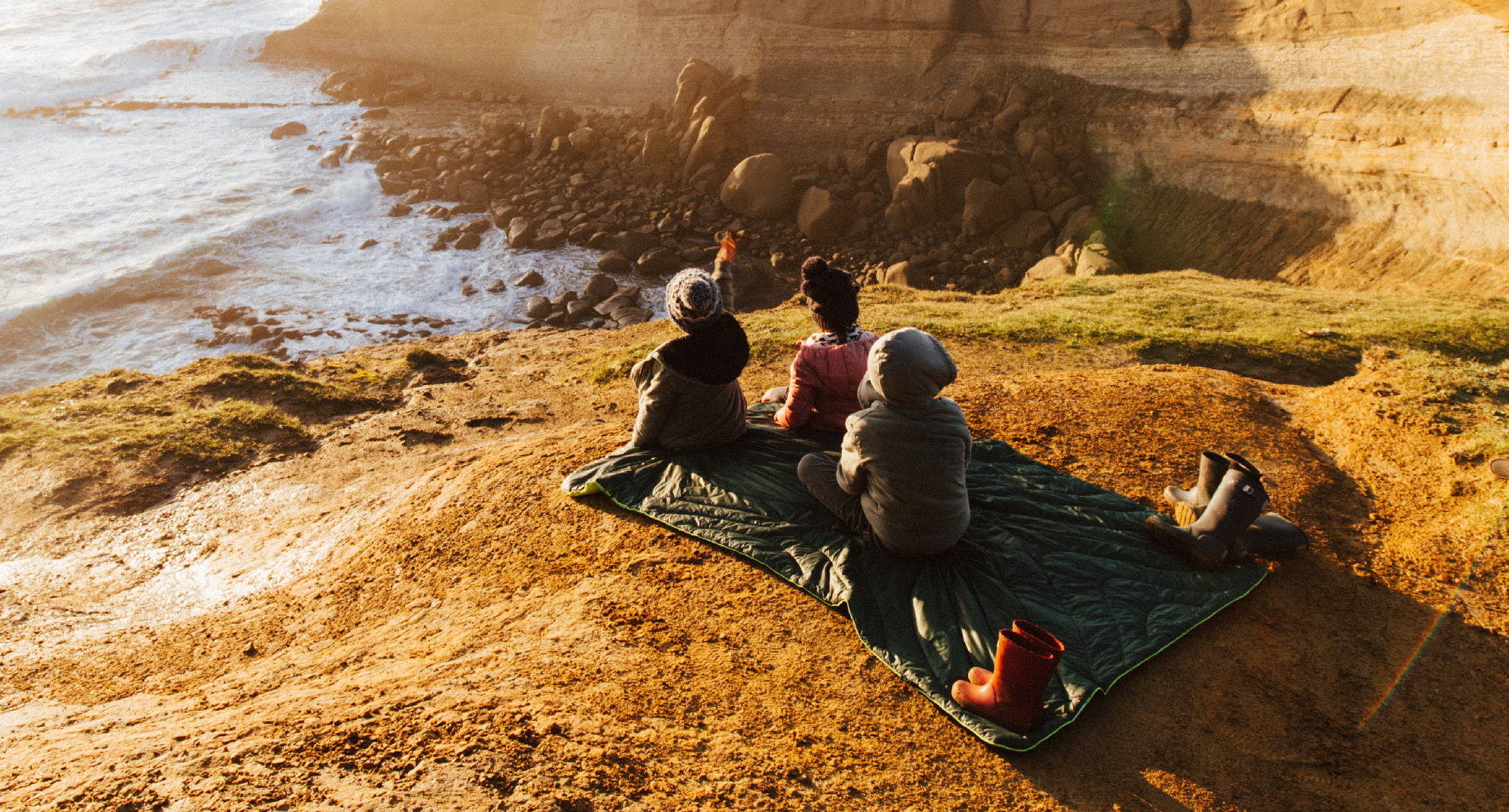 A Blanket & A Pillow

For any camp that has bunk beds, cots, or even semi-permanent miner's tents, you don’t have to go overboard with a backcountry-rated sleeping bag;a blanket may be a better choice. They’ll stay just as warm, and can wrap themselves up by the campfire, too. It may also seem silly to take the pillow off their bed and send it with them to camp, but somethingsmall and packable will make the creaky, thin cot mattresses a little more cozy. 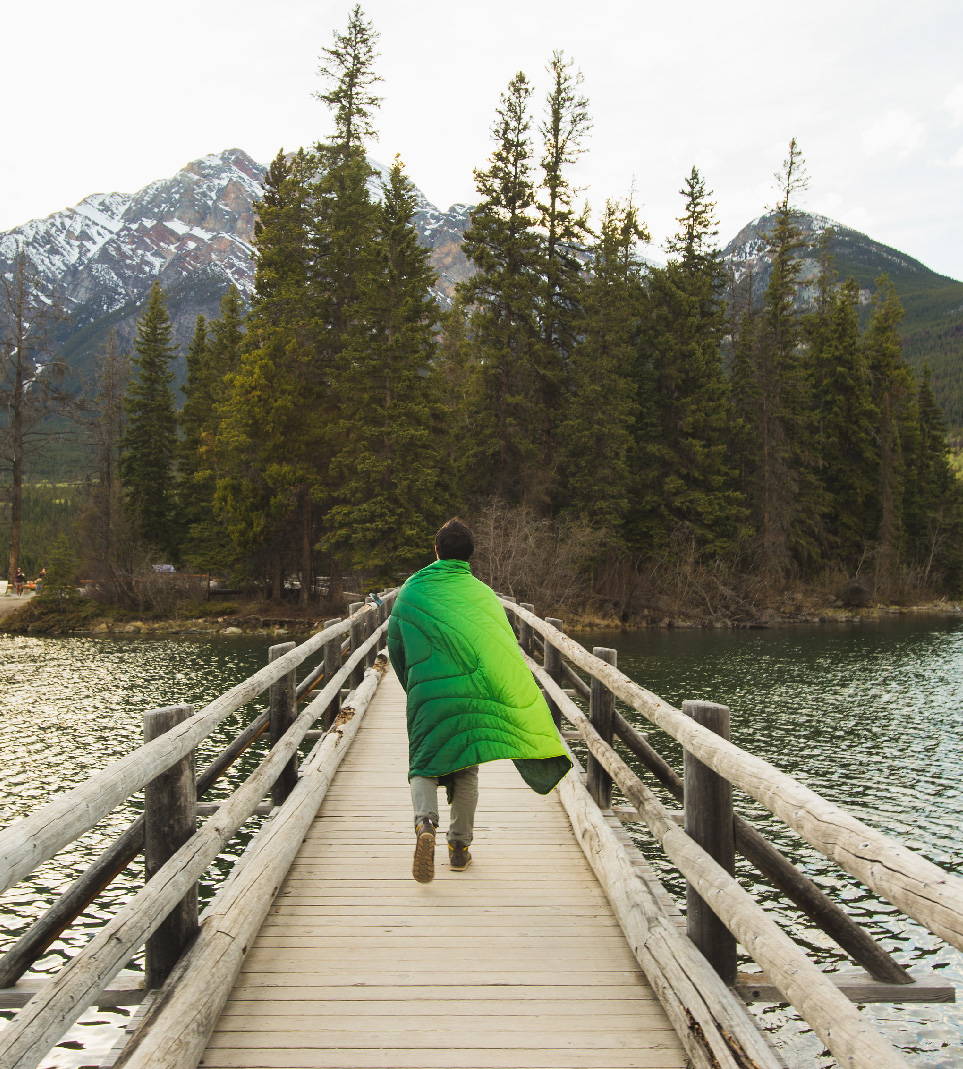 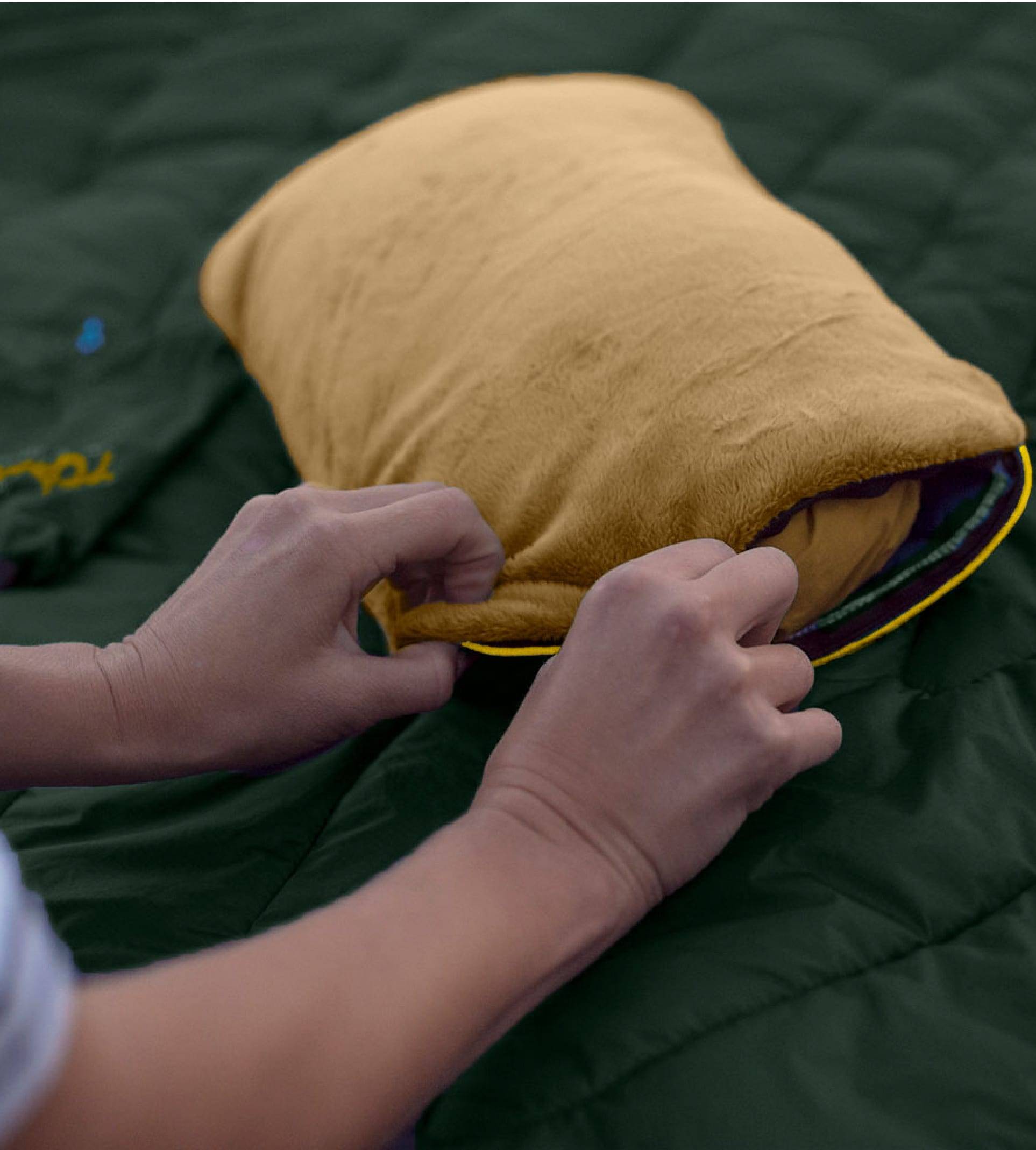 No one wants to be the parent of the kid that’s swimming in a pair of mesh basketball shorts and cotton t-shirt. Even if sleepaway camp week lands on the cooler side of the summer, they’ll swim no matter what. If you’re packing and realize your jumbo cotton beach towel is taking up 75% of the backpack, maybe slim down to a more packable Shammy Towel? It has the added bonus of being unique enough that it (most-likely) won’t get misplaced or mixed up with someone else's. Don’t forget the goggles, too! They may not be able to see a thing in that murky bog that passes for a swimming hole, but it’s still fun to try. 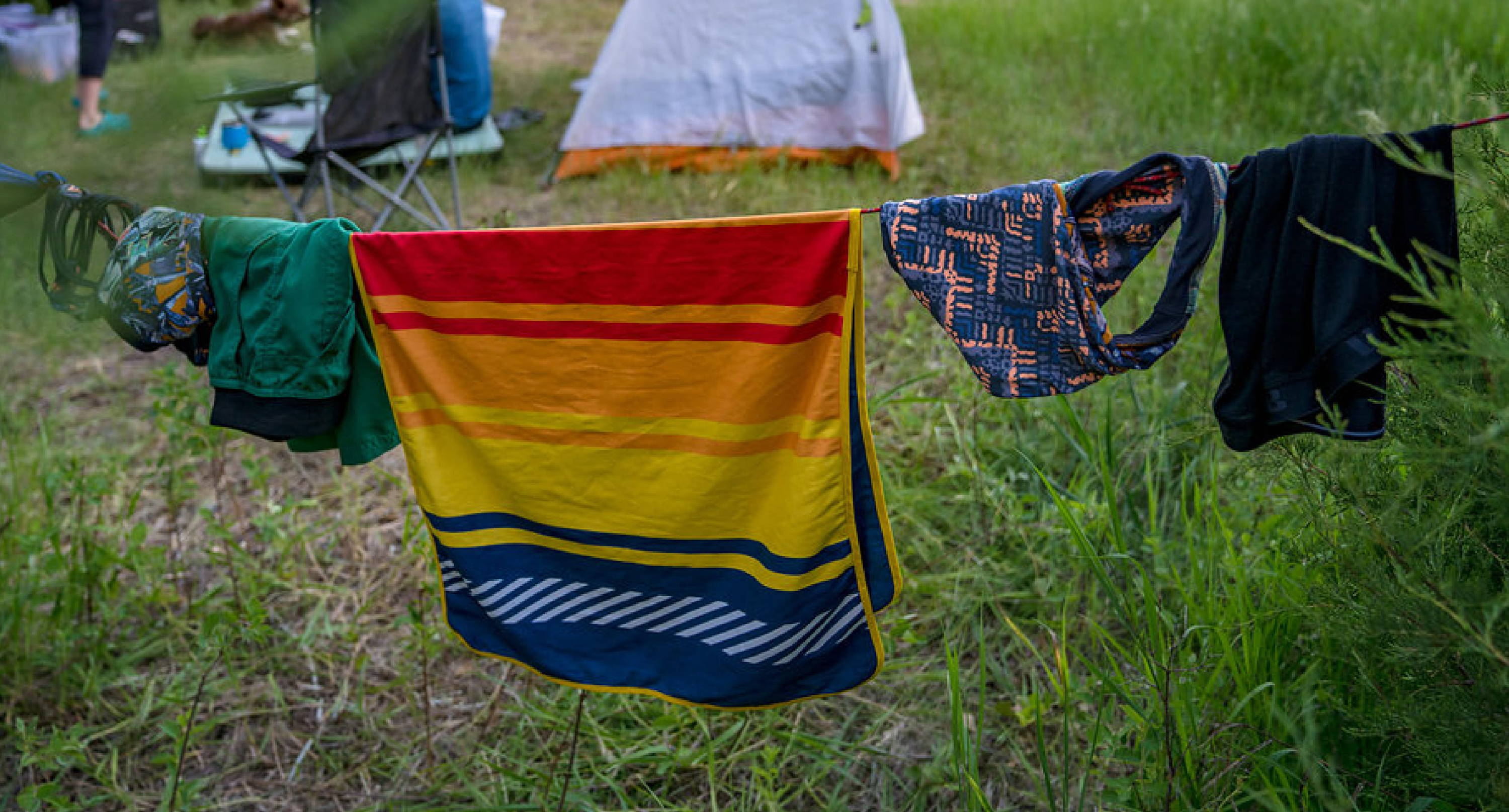 Remember when your child was a baby and you only needed one bottle of soap to clean them from head to toe? Simpler times, right? Bring back that streamlined approach for summer camp. Taking a shower at camp is an uphill battle to begin with (especially if they are communal showers; 12-year olds hate those), so lugging a basket full of soaps, conditioners, and shampoos isn’t going to make it any easier. Send them away with one bottle anda washcloth. If they get even one shower in during the week, congrats! You’re a better parent than most.

A Backpack for the Occasion

A backcountry-rated backpack may look cool, but unless they’re going to be actually backpacking, it’s absolutely overkill. Things are impossible to find and end up all over the cabin. If their sleeping accommodations are in a permanent location, send them away with a duffel bag + a small daypack so they can keep everything organized and in the duffel when it isn’t in use. That’ll minimize stuff getting misplaced.

Don’t do what our parents did and send us away with a 12-lb Maglite flashlight like we were going to our first shift as a night watchman at a maximum security prison. Kids love headlamps, and they’re way more packable than a flashlight that needs 4 D-batteries. Pack a small LED lantern to hang in their tent, too, so they can read, write letters or stay up all night waiting for the sugar rush from drinking all that “bug juice” to wear off.

95º at noon; 43º at midnight. No matter where your kid attends camp, the temps will fluctuate like it’s the middle of the Gobi desert. We know nothing is less “outdoorsy” than a pair of jeans, but your kid will thank you when they’re nice and comfy sitting through the end-of-camp talent show while everyone else is conserving body heat by stretching their hoodie over their knees (who are we kidding? They won’t thank you). Similarly, make sure they have everything from t-shirts to a cozy fleece. Also make sure their name is writtensomewhere oneverything. Clothes have a way of running away at camp. 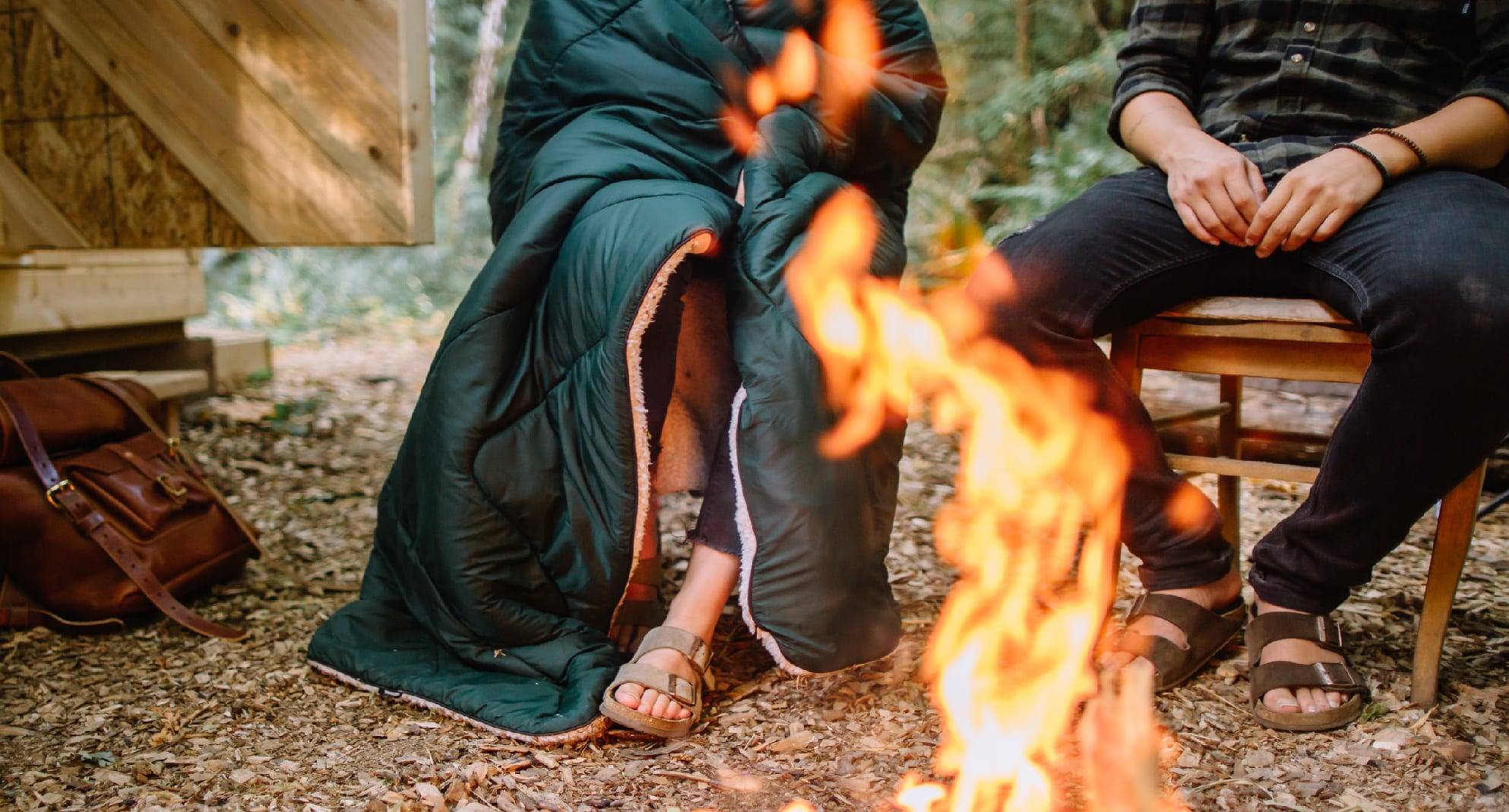 We’re going to let you in on a little secret. You’re going to pack them a toothbrush, and a nice, new travel-sized bottle of Aquafresh. They aren’t going to use it. It’s gross, we know, but once you’re out of the picture, oral hygiene is the first thing to go. It’s not you; it’s them. That doesn’t mean you shouldn’t pack a toothbrush. Just be prepared to find it still-wrapped in the bottom of their backpack when you’re pulling all their dirty laundry out at the end of the week. Maybe set up a dentist appointment for the week after to guilt them into keeping their teeth clean? Report back if that works; we’re willing to try anything at this point.

Some camps like to hand this out themselves so they can keep tabs on who gets what, but it’s never a bad idea to have some extra on hand, especially something to help with the inevitable bug bites. Getting enough sleep is hard enough at camp, and adding itchy bug bites to the equation can drive a kid crazy. Just make sure they know how, where, and when to apply it so they can handle it all themselves.

These are just a few suggestions that popped up while reminiscing about our own time at sleepaway camp. For the majority of the Rumpl crew, going to summer camp was our first time spending multiple nights in the great outdoors. Ever since, we haven’t been able to stay away. If your kid falls in love with camping this summer, let us know on Instagram @gorumpl. 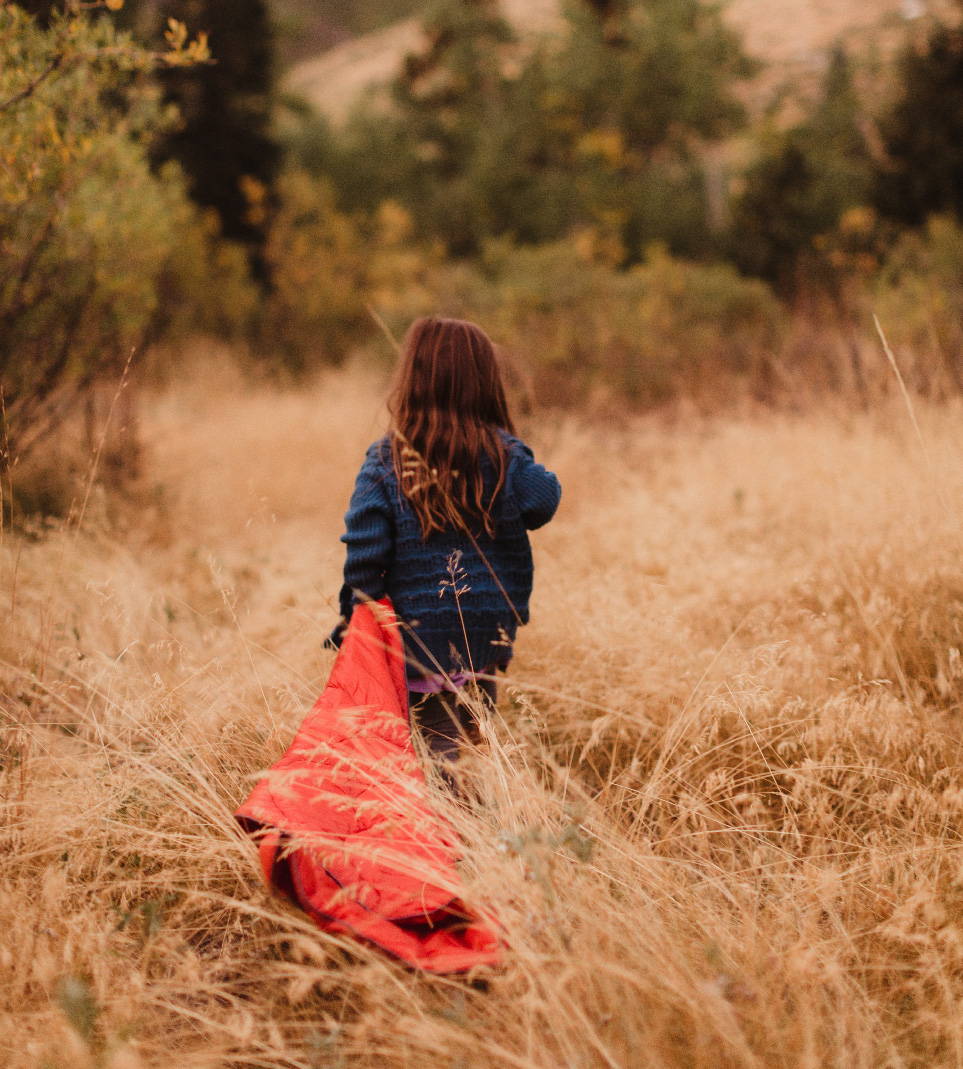 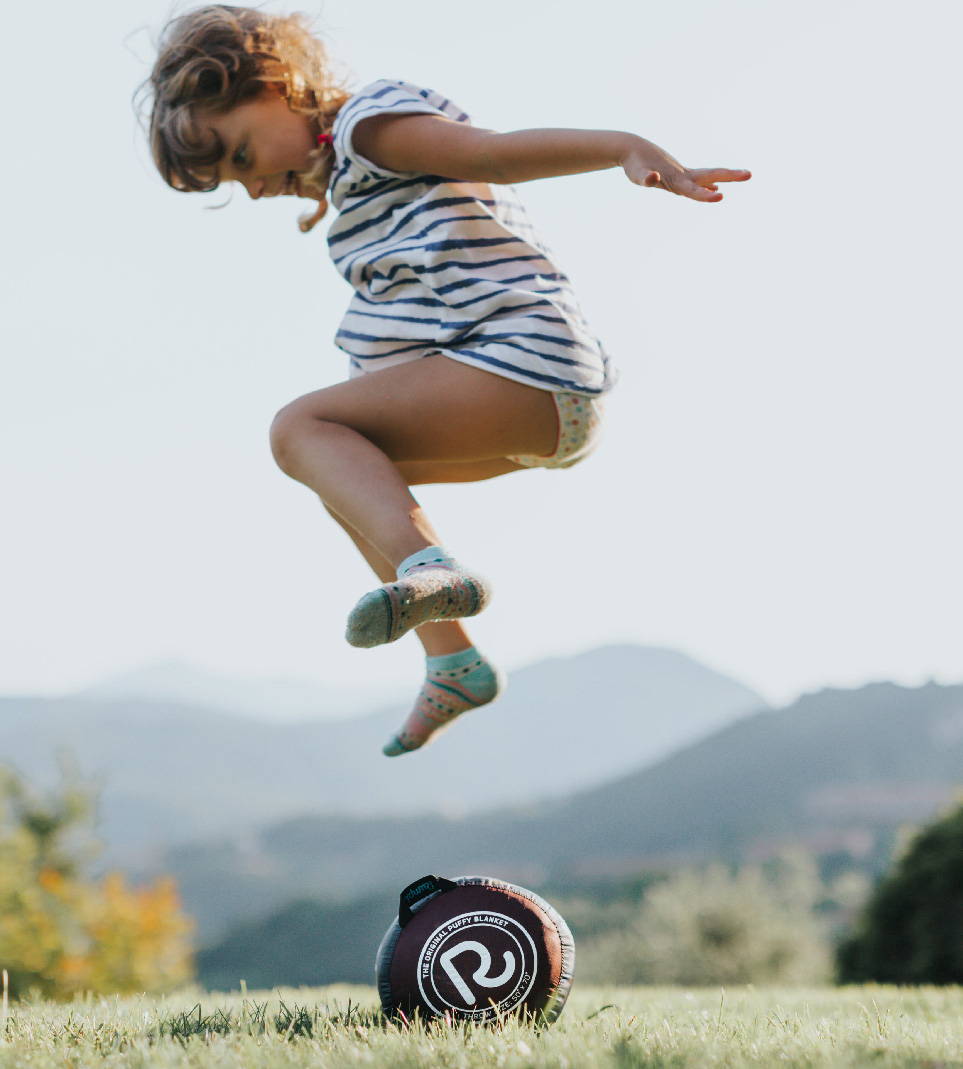 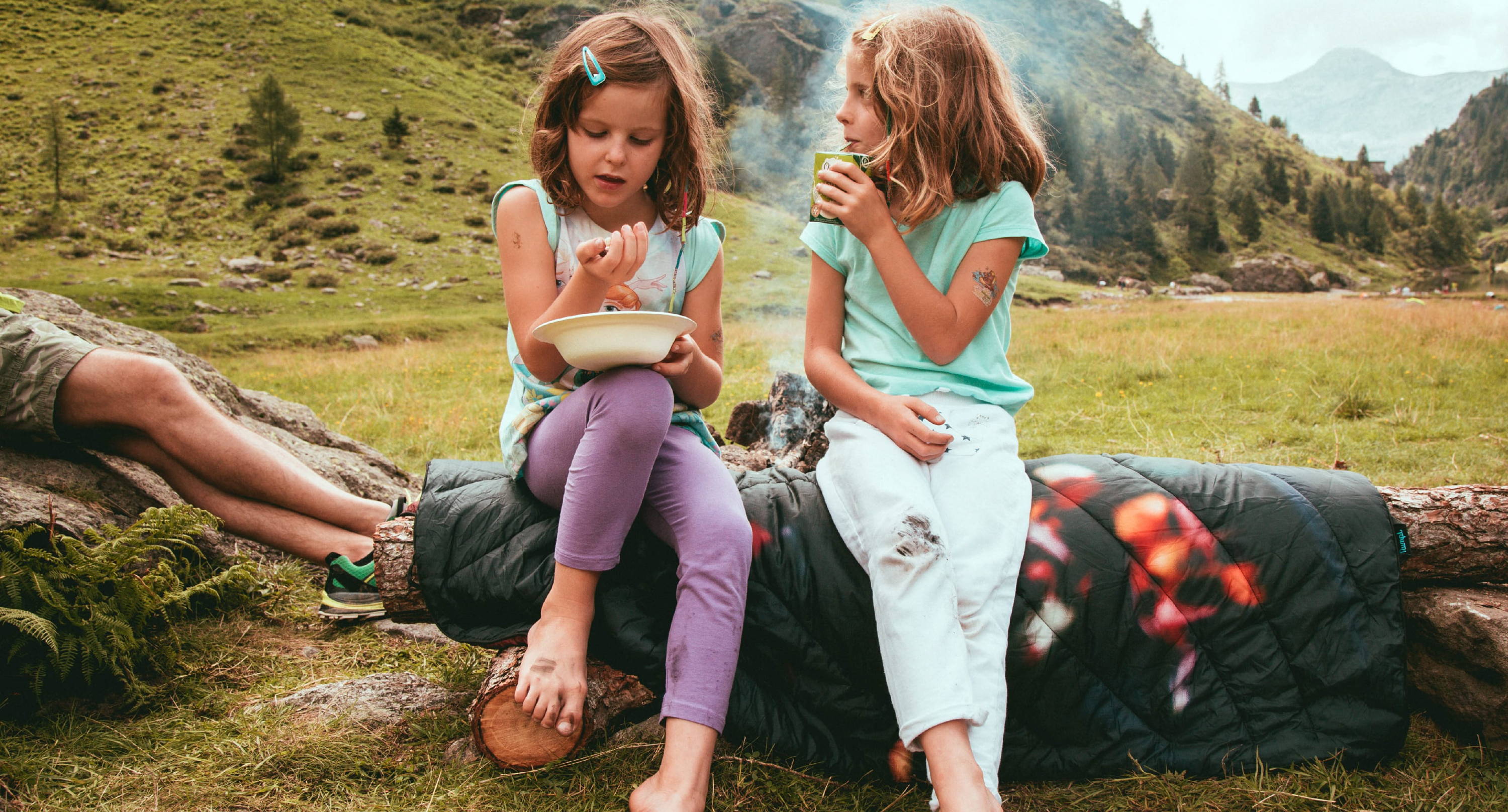